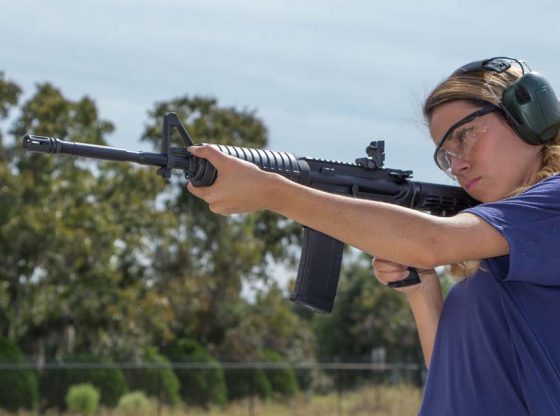 A judge in Colorado delivered a massive win for the Second Amendment on Monday, striking down the city of Boulder’s attempted ban on AR-15’s and magazines holding more than 10 rounds.

The judge, Andrew Hartman ruled that the proposed ban violated Colorado’s preemption law, which prevents any gun laws from being implemented below the state level.


As The Washington Free Beacon reports:

“The Court has determined that only Colorado state (or federal) law can prohibit the possession, sale, and transfer of assault weapons and large capacity magazines,” Hartman wrote in the ruling.

The ruling is the latest in a string of victories for gun advocates who have used state preemption laws to overturn strict local gun regulations. A Washington court struck down a local ordinance on gun storage in February 2021, and a Pennsylvania court struck down Pittsburgh’s attempt to regulate the use of AR-15s inside city limits in October 2019.

Jon Caldara, a longtime Boulder resident who openly flouted the AR-15 ban, said he was “thrilled” by the ruling. The former Denver Post columnist and Independence Institute president publicly announced he would not comply with the order to turn over his AR-15 or ammunition magazines when the ban was instituted in 2019. He filed a separate federal suit against the ordinance and said his family has received backlash from supporters ever since.

The ruling represents a massive win for the Second Amendment under a Biden Administration which is doing all it can do to undermine American’s rights to own firearms.

Get ready something tells me there will be some AR15 shootings, hope not but, Just saying

Seems to happen that way.

these are just hunting rifles. Military assault weapons are already banned. if you like myself know so little about guns, we shouldn’t be trying to take them from constitutionally safe owners.

If you would participate in a police “Ride-Along” during a Drug Den Bust, you’ll notice those assault rifles will be in ample supply. In Australia, their populations are frightened each day by armed home invaders and robbers. They gave up their guns, and it looks like they gave up their ghost in the bargain.

Right. Most shooters are people who can’t legally possess guns

You’ve made a good point. I remember the Las Vegas attack was fortuitously conducted during a spirited liberal campaign to eliminate assault weapons.

Did anyone notice that we never found out anything about the Vegas shooter ? Little odd in this day and age, when people can be tracked in a 1000 different ways.

There’s something else not being mentioned: Apparently, liberal majorities in Washington ‘oversee’ many of these mass shootings, even though we’re supposed to believe they’re a more beneficial form of government. Why are people shooting each other if their preferred political party is in power? This is a cause and effect aspect that needs research.

A judge that follows the law…how refreshing.

While he upheld state law, they are ignoring the US Constitution, which says that our 2nd amendment rights shall not be infringed. States should NOT be able to make gun laws that restrict our ability to purchase, sell, or transfer them. Congress should not be making such laws either.

You are exactly right!

I would say Unique as well ! And a vey rare judge these days it would seem .

Members of Congress take an oath to defend the Constitution, against ALL enemies foreign or Domestic………we shall JUDGE how well they honor that sworn Oath at the 2022 Elections…..there are Democrats AND Republicans who have not held to that duty and responsibility, and they should begin to prepare their resumes…There is NO PLACE in Congress for any who do not support the Constitution of the United States.

Or the President for that matter

Maggie May
Reply to  Stephen Weiss