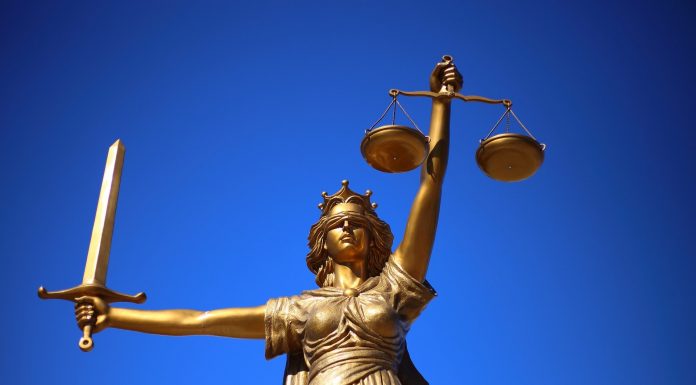 U.S. District Judge Timothy Kelly, a Trump-appointed judge, has handed the White Hosue a stinging defeat by siding with the left on the administration’s asylum policy, albeit reportedly over a technicality.

It looks like it was a matter of sloppiness in the process rather than a ruling against the policy itself. The good news for those of us concerned about border security and immigration issues is that this ruling will likely have little effect in the near term. In March, the Trump administration put into place a separate coronavirus-related policy that allows border authorities the ability to rapidly deport migrants without standard legal processes. This stops the pathway to request asylum.

The ruling from Judge Kelly pertains to a fast-track rule put into place in July 2019. The rule blocks asylum seekers who pass through another country en route to the United States. It is meant to pressure other countries to help slow the migration of Central American migrants to the U.S – Mexico border. Applicants have to have previously applied for asylum from a previous country or be victims of sex trafficking. Not long after the administration put the rule into place, California-based U.S. District Judge Jon Tigar issued a nationwide injunction blocking it. But, the Supreme Court later stayed that injunction to wait for the outcome of the litigation.

In his ruling, Judge Kelly issued a 52-page opinion that said, “the Trump administration had failed to provide adequate time for public comment or show there was a good reason to bypass standard regulatory processes.”

This isn’t the first time a lack of following the proper process has come back to bite the Trump administration. It looks like the staff needs to tighten up crossing their ‘t’s and dotting their ‘i’s in official paperwork. In June, the Supreme Court gave what looked to be a victory for the children of illegal immigrants when it ruled against the Trump administration’s attempt to end the Deferred Action for Childhood Arrivals (DACA) program. That ruling came down because the administration didn’t meet regulatory requirements – it wasn’t a statement of support for the DACA program itself.

It’s unclear if the Trump administration will appeal Kelly’s ruling.

Ohio Governor Mike DeWine has tested positive for COVID-19. The news comes before he was scheduled to meet with President Trump in Cleveland before the...
Read more
Government

How many of these ‘poorly written’ appeals on the part of the President will it take to start looking for BETTER APPEALS WRITERS?

I don’t think there was anything wrong with the way it was written, it’s liberal judges that nit pick things to death. I think these judges are unamerican pos and should be removed. People want to contain the virus and these clowns just want to let everyone in here.

Liberal Judges, the judge was a Trump Appointee wasn’t he?

A. D Roberts
Reply to  Alan

I fear that Trump can’t find that many conservative people. He does not look at the right PLACES. After all, most of the people he knows are rich, Yankees
Guys like me who are real conservatives????? He will never call me.

The operators of this website need to provide a PayPal accessibility for donations.

UN APPOINT THE SCUM
YOUR FIRED!

Kelley didn’t side with the communist, he simply pointed out some items that would have been rejected by the Supreme Court!

A corrupt federal judge who, by decree, took away from the president HIS RIGHT TO DO HIS JOB. I don’t care if he did not cross his T’S The POTUS has the authority by law to control IMMIBRATION.
IF we can’t stop such corrupt judges, God WILL take care of condemning them

Was it really “sloppiness of the process”, or are they just looking for an excuse to reject it? Delay, delay, delay until there’s a new administration….