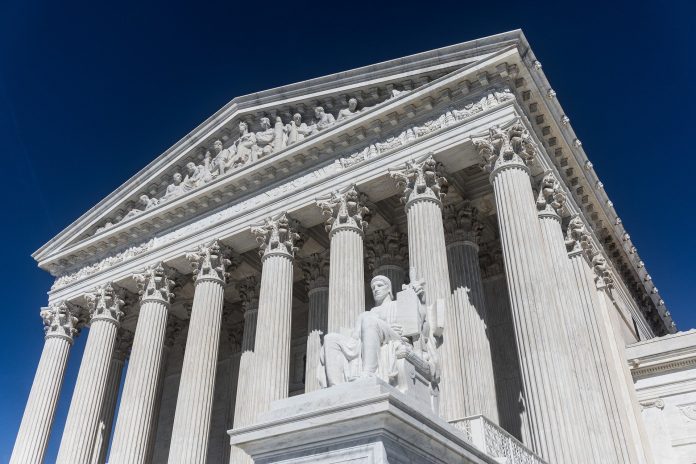 The Supreme Court has ruled that states may keep criminal defendants from pleading insanity without violating their constitutional rights.

The 6-3 decision originated from a case in Kansas, where a man who killed his family wanted to plead not guilty by reason of insanity, in violation of state law. Kansas is one of four states that has eliminated that option for criminal defendants.

In an unusual alignment for the bench, Justice Elena Kagan, considered among the more liberal justices, wrote the majority opinion and was joined by her five conservative colleagues. Three liberal justices — Stephen Breyer, Sonia Sotomayor and Ruth Bader Ginsburg — dissented.

“Defining the precise relationship between criminal culpability and mental illness involves examining the workings of the brain, the purposes of the criminal law, the ideas of free will and responsibility,” Kagan wrote. “It is a project demanding hard choices among values, in a context replete with uncertainty, even at a single moment in time. And it is a project, if any is, that should be open to revision over time, as new medical knowledge emerges and as legal and moral norms evolve.”

“Which is all to say that it is a project for state governance, not constitutional law,” Kagan continued.

The Kansas law prevents defendants from arguing that their diminished mental state impaired their ability to understand right from wrong and that they should not be held criminally responsible for their offenses. Under the law, defendants can still argue that they lacked the necessary intent to commit the crime, and can use insanity to ask for reduced sentences.

Idaho, Montana, and Utah have the same rule as Kansas. Alaska also places limits on the insanity defense.

The White House is urging the public to avoid grocery stores, pharmacies, and other public places for at least the next two weeks.  The guidance...
Read more
Government

Ira Einhorn, the prominent environmentalist activist who helped found “Earth Day” in 1970, died last Friday in a Pennsylvania prison where he was serving...
Read more