Attorneys representing The Satanic Temple are threatening to sue the State of Mississippi if officials follow through on their promise to incorporate the phrase “In God We Trust” on their redesigned flag.

Describing his law firm as one that “proudly serves as First Amendment Counsel to the Satanic Temple,” First Amendment lawyer Marc J. Randazza of Randazza Legal Group wrote in a recent letter to the attorney general of Mississippi that his client “has asked us to bring an issue of constitutional importance to your attention.”

We understand that your state is planning to take the very positive step of removing the Confederate battle flag from the Mississippi state flag. However, it is our understanding that the proposal calls for it to be replaced with “In God we Trust”, a proposal you seem to endorse. While the Satanic Temple supports the removal of the Confederate flag, removing one divisive symbol of exclusion only to replace it with a divisive phrase of exclusion does not eliminate exclusion, but rather moves it from one group to a collection of others.

Randazza, whose other clients have included Alex Jones and the founder of neo-Nazi website The Daily Stormer, also represented The Satanic Temple pro bono in a 2018 religious discrimination lawsuit against Twitter, which caused a fracture within the organization when its Los Angeles chapter broke off in protest at his legal representation. 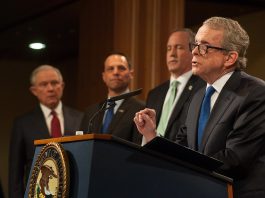 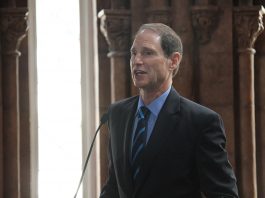 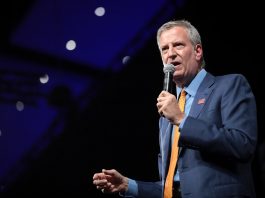 What’s their problem? They are worshipping their god/satan – that is the god they trust in. Of course it is a little g not a G. But they do seem miss the point…the are trusting in a ‘god’.

DEMOLISH THEIR STUPID DEVIL TEMPLE, AND SEND THEM PACKING IN TO THE DESERT!!

Why don’t we just send them to their god. That should put them in their so called ‘happy place’. Upon arrival they will wish their god had a capital G.

Denying the existence of God is actually admitting that God exists. To ban something it MUST exist. Banning cigarettes, for instance, if cigarettes didn’t exist, there would be no reason to ban them.

“In God we trust, all others will pay cash.” was a sign at a very popular local eatery a few decades ago, at their cash register.

These people are an order of fries short of a happy meal.

Ever hear of Counter suits?

Agreed. The biggest worry is that since the governor wussed out on the confederate flag he’ll cave on this one too.

Bring it on. Seeing as how some states have the same phrase on license plates and God is mentioned on currency I fail to see how such a lawsuit would accomplish anything. Except to continue to reinforce their image as somewhere south of child molesters.

If not for God these people & the devil himself would not exist. It’s time God’s children stand up & fight for their Savior. Stand up & drive the devil out. We already let one atheist woman try to take God out of everything, we don’t need to let anyone else try to do the same. Our founding fathers set this Nation up on the belief & trust in God & that’s how it needs to stay.

They actually have no case, as God is not the name of any god, but ANY person or thing, idol or object of reverence or worship. Elvis was a God and it doesn’t matter weather it’s spelled with a big or little G. Our Creator, that most of us CLAIM to worship and obey, the one the jehovah’s witnesses call Jehovah, has a name, and , repeating myself, it isn’t God. It used to bother me when someone would get angry and say “God damn it” until I realized they weren’t taking our creator’s name in vain. That being said, the route this country is taking, I’d be ashamed to have MY name on our currency, and I don’t see why Donald Trump is so all-fired worked up, wanting to be it’s president. It’s bad enough when the opposing party is against you, but when our media wants to castrate our duly elected President like a boar hog, I’m glad I’m old enough to remember what America used to stand for, with a free press that mostly, told the truth about our elected officials, good or bad.

You come close. However, when you deal with God and the names used to refer to Him, you come short. You see, the whole idea that God had was that we as His people are to respect Him, to giver Him honor and to serve Him.
So for a person to use “God” in such a vile way may not be in the weak minded person’s ideas. But it DOES show extreme disrespect for Him. And as such, it will be judged and they will be found guilty.
You are RATIONALIZING and come to the point of hypocrisy. Don’t try to excuse those who say such things. They ARE evil. They will be judged as will you.

End times.
1. The churches become the Church of Laodicea. Lukewarm and unwilling to take a stand for anything.
2. For refusing to take a stand and for failing to submit to the Holy Spirit, they have NO POWER and NO RESPECT. Those who claim to be Christians are supposed to be the salt of the earth. HOWEVER, since they have no morality, no standards and truly do not live a holy life, they are disrespected by the world. Rightly so. Therefore they are ignored or ridiculed.

Fight any lawsuits until Jesus Christ returns. They will pay for their actions.