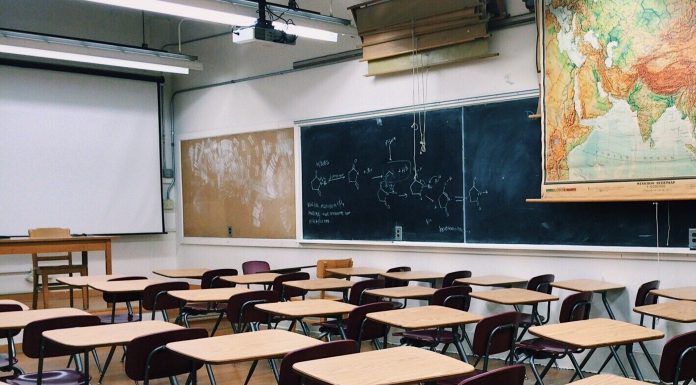 The reopening of the US economy has begun. People are going back to work, small businesses are reopening and economists and politicos alike are hoping that we will soon see at least the beginning of a robust economic recovery. (RELATED: Obama’s Top Economist Makes Surprising Election Prediction)

That doesn’t mean there won’t be new Coronavirus infections, cases, or deaths. Most people realize this and some live in fear of it, but few want to continue to be essentially held prisoner in their own homes until the virus vanishes which is extremely unlikely or someone comes up with a foolproof vaccine which could take months or, in the opinion of some experts, years. While there are a few out there who actually advocate a semi-permanent lock-down, the suffering that is already taking a toll would likely be unsustainable over even a few more months.

What’s more, there is little empirical evidence to suggest that a continuing lockdown is better from a public health perspective than reopening the economy. Critics of this course seem to assume that easing the lockdown means everyone will abandon their masks and the “social distancing” that has been part of life almost everywhere since March, but that isn’t likely to happen. Most Americans seem more than willing to voluntarily adhere to measures that they deem sensible as long as they fear the virus remains out there. This is especially true for those beginning to realize that early predictions that absent stringent measures millions of Americans would die were simply wrong.

Those states that didn’t shut down in the first place and those that have already loosened up are faring as well as those that ordered everyone inside for the duration. When Georgia opened up a few weeks ago, there were predictions of mass deaths; predictions that have proved to be fantasy. Governor Rod DeSantis in Florida was portrayed as he began opening up his state as some sort of war criminal willing to countenance mass death as acceptable so long as he could get tourists back to Disney World and the state’s beaches.

The Daily Beast headlined its predictions of what would happen: “Georgia, Florida, and Mississippi are veering toward a terrifyingly premature end to their COVID-19 lockdowns, according to a new pandemic analysis.” The publication’s analysts got it wrong, but continue to flog the idea that freeing people to live their lives is almost criminally dangerous.

As states begin to open, however, some jurisdictions are doubling down. Just a week ago, the District of Columbia, Mayor Muriel Bowser’s Coronavirus advisory committee recommended that students in the nation’s capital should not return to full, in-person learning until there is a reliable vaccine or cure for the coronavirus. Until that day arrives, DC students should only be required to return to school on “modified schedules combining in-person with distance learning and families should not be required to send their kids to schools if they feel unsafe. Those who do decide to go to school will only be allowed to attend one or two days a week or perhaps one out of every three weeks and class size won’t be allowed to succeed ten.

We are told that all this is based on “science,” but one wonders. Officials knew almost from day one that the elderly in group homes and VA facilities were the most vulnerable to infection, but little was done to protect them and in many states more than 70% of all deaths from the Coronavirus have taken place in such facilities. Meanwhile, it is also known that school age children are the least likely to die if infected. Sweden didn’t even close its elementary schools for this reason and recent figures from the Centers for Disease Control reveal that a school age child is more likely to be killed by lightning than to succumb to the virus.

Support for the one size fits all approach requires scaring a skeptical public into going along with lockdowns that make no sense. If a quarter of the money Congress has thus far spent to overcome the devastating impact of the lockdowns had been targeted to protect the most vulnerable potential Coronavirus victims, the death rate would be far lower, people would be working … and children would be learning.

READ NEXT: These Cities Could See the Fastest Coronavirus Recoveries >>

David A. Keene
David Keene has been at the center of conservative politics for decades. He is a former Chairman of the Young Americans for Freedom and the American Conservative Union and has served as the elected President of the National Rifle Association. He worked as a campaign consultant, lobbyist and commentator. His writing has appeared in Human Events, National Review and many other conservative publications and remains Editor at Large for The Washington Times after more than four years as the paper’s Opinion Editor.
Share
Facebook
Twitter

The Supreme Court has ruled unanimously that states can remove presidential electors who refuse to vote for their state's popular vote winner. The ruling comes...
Read more
Government

A friend of mine who is a high-ranking officer in the New York Police Department sent me last night the highly newsworthy document below. My...
Read more