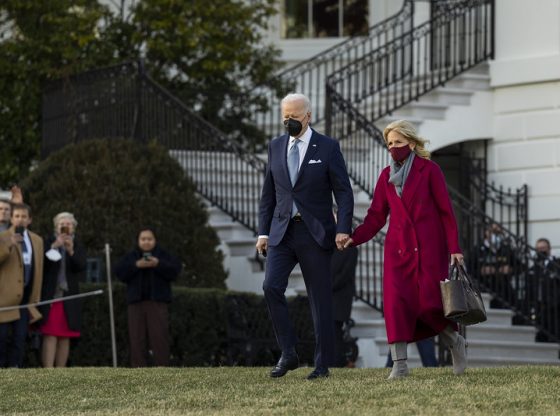 The exact cost of Biden’s trip to Delaware is unclear, but the Air Force revealed in 2014 that the average cost per flying hour (CPFH) of the Presidential Boeing 747 was $206,337. Biden took the smaller Boeing 757 version of AF1 on the trip, however, according to Bloomberg.

Estimates have claimed that the average cost of travel for a U.S. president is roughly $2,600 per minute.

The White House did not immediately respond to a request for comment from Fox News Digital on why Biden decided to vote in person. They also did not clarify the cost of the trip.

Biden’s critics have harped on his frequent visits to Delaware as president, spending 170 days at his beach house there since gaining office. That is just for one of his two homes in the state.

The GOP has been criticizing Biden’s vacation habits throughout his presidency, Tweeting last week that he had spent 40% of his term on vacation.

Biden and first lady Jill Biden departed Washington for Delaware at roughly 6 p.m. Tuesday. They voted, hopped back on Air Force One and were flying back to Washington by 8 p.m.

President Biden has spent nearly half of his time in office not even in the Oval Office, and were the ones paying for it. The White House has cited multiple reasons for this, including President Biden needing time to sleep in his own bed and rest. Former President Trump couldn’t avoid the cameras while golfing in Mar-A-Lago, however his work while in Mar-A-Lago and his less frequent vacations than current President Biden should be more highly focused on. If any other worker in the United States chose to simply go home and miss 40% of their time at work, they’d be fired, yet President Biden is immune to that treatment.