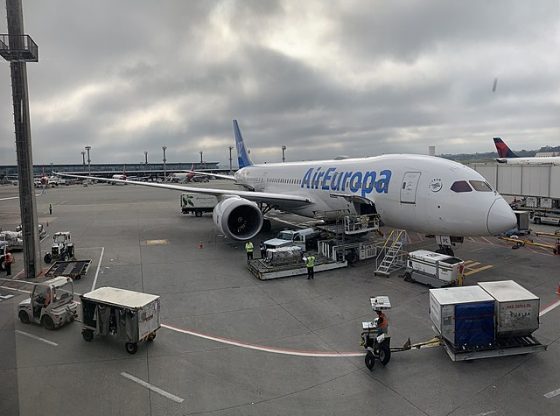 At a time when global warming will apparently kill us all and put an end to Earth as we know it, the ones scaring the masses seem to show no fear of this impending doom themselves – Democrat politicians and left-wing celebrities. AOC, Taylor Swift, and now New Orleans Mayor LaToya Cantrell. Cantrell is the mayor of New Orleans, which has a severely understaffed police force and has had a large boom in crime as of recently. Of course, if you live in New Orleans, your safety doesn’t seem to matter much to Mayor Cantrell, because while you need to worry about criminals shell uses your money to make sure she doesn’t need to see them by flying first class.

“You compare the fact that $30,000 is just the difference in cost from a coach seat versus a first class, and the starting salary of our New Orleans Police Department is $40,000,” Rodrigue told co-host Todd Piro.

“So you have to take that into consideration when we are the murder capital of the country right now with… one of the lowest police department employment rates, we just cannot keep police officers.”

“It’s no wonder that the city has become the laughingstock of the country,” she continued.

This was all followed by a first-class trip to France for $17,000 in July.

“The lack of shame, unfortunately, we’ve sort of become accustomed to here,” Rodrigue said. “There is a complete disregard for the intelligence level of the citizens of Orleans Parish to think that any of us believe this… Women in New Orleans are most afraid to stop at a red light right now…you’re going to get carjacked.”

Cantrell defended her sky-high travel costs, releasing a statement saying, “My travel accommodations are a matter of safety, not of luxury. As all women know, our health and safety are often disregarded, and we are left to navigate alone.”

Anyone who wants to question how I protect myself just doesn’t understand the world Black women walk in,” she continued.

“It’s simply just her living off of the dime of the citizens of Orleans Parish and now boldly stating, I refuse to repay it,” Rodrigue said. “And there are several issues here that she could face down the line. There is a policy in place requiring her to repay that.

“There’s also the fact that it could be criminal in nature,” she continued. “It is technically a theft, the taking of something of value with the intent to permanently deprive it.”

Cantrell shows no remorse for her actions, and thinks that being a ‘Black woman’ gives her the right to steal from the taxpayer. For Cantrell to claim her own safety is the determining factor is evidence to the lack of regard she has for the safety of the citizens in New Orleans, she put herself on a pedestal and won’t increase the police force budget to keep New Orleans safe. While she’s race-baiting and attempting to create an excuse for her actions, there’s one thing she can’t wiggle her way out of – how her own party views luxury airplane travel’s effects on the environment.


AOC, Taylor Swift, and countless other politicians and celebrities who feel the need to lecture you on not driving your car or flying will gladly take private jets and travel first class anywhere they’d like. They’re pushing an agenda, and the quality of the air you’re breathing is the least of their concerns.