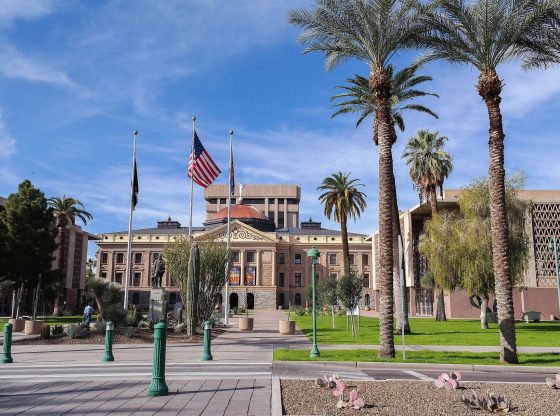 Two of Arizona’s top election officials launches attacks on the state’s Republican-led election audit. Democrat Secretary of State Katie Hobbs and Maricopa County Recorder Stephen Richer, who is a Republican, released statements slamming a final report from Cyber Ninjas which is expected to be released early this week.

“Despite frequent references to this review as an audit, the exercise undertaken by the Arizona Senate’s Florida-based contractor, Cyber Ninjas, fails to meet industry standards for any credible audit, much less for an election audit,” Hobbs’s office wrote. “The Senate’s contractors demonstrated a lack of understanding of election processes and procedures both at a state and county level.”

Hobbs detailed alleged flaws in security and transparency, as well as basic tabulation and procedural errors that are likely to lead to a miscount. The outcomes Cyber Ninjas will report, Hobbs’s office said, “are unreliable.”

Richer, the Maricopa County recorder who beat an incumbent Democrat in the same election the state Senate is disputing, framed his objections as an open letter to fellow Republicans.

These elected individuals need to revisit what constitutes an audit before making these ridiculous statements which of course are designed to mislead the general public. If you look at the details, this audit is a true forensic audit that meets the criteria necessary to be admissible in a court of law.

Let us Hope they have Obtained warrants on all of the people whom they have evidence against before Results are released, and have escorted them to “Tent City” in advance .

where is your proof – an election audit instruction book? Ill bet!!

Where is yours belly crawler?

I don’t know how in the hell you can say the election wasn’t fraud. More damn fraud than anyone can imagine. May haven’t been rigged but there was slot of fraud. Call it what you will. Stupid assholes