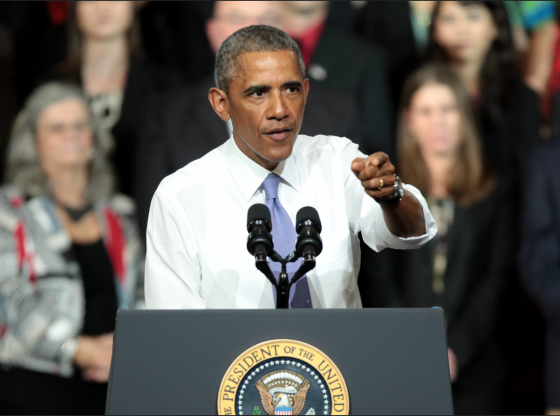 Supreme Court Justice Amy Coney Barrett sided with the Obama Foundation after an environment group attempted to block the construction of the Obama Library in Chicago.

“We greatly appreciate the continued support of our project and process by the courts, including now from the highest court in the land,” an Obama Foundation spokesperson told Fox News on Friday. “With their support, and the outpouring of support we’ve received from so many on the South Side and across the city of Chicago, we were so pleased to be able to kick off our construction this past week and get us one day closer to doors opening at the Obama Presidential Center.”

The advocacy group Protect Our Parks and other plaintiffs had tried to halt the construction of the Obama presidential library in Chicago’s Jackson Park this week, citing it would be harmful to the local environment.

“Today’s Supreme Court decision is disappointing, but not surprising. We still believe that preserving the status quo is fundamental to preventing irreparable harm in Jackson Park,” the petitioners’ co-counsel Michael Rachlis said in a statement, the Hill reported Friday.

“Nonetheless, our core arguments seek to protect the long-term environmental and historical resources in Jackson Park, and we look forward to presenting our evidence and these arguments in the appellate and district court in the coming weeks.”

Barrett Supreme Court judge tasked with handling emergency matters from Illinois and ultimately denied the petition from Protect Our Parks.

Senate Rushes to Stop Biden from Sending $400 Million to Taliban
Americans Believe Aides Are Actually in Control, Not Biden

There goes the neighborhood……..

When is the renaming of the park being announced? We all know it will after the library is underway. Obama Presidential Park?

I have heard that the park will be renamed “Jackson Park”, but after Reverend Jesse, not POTUS Andrew.

Someone enlighten me. I have no love for Obama but presidents get their libraries. Why not him? He could display the pictures of his birth village in Kenya

Yeah, and do you think that ha would !

Have you seen the video where in his own words he says he is not a citizen of the US. Him and everyone that covered this up should be in prison. Were is the out rage that he was not a legitimate president?

Because he is the chosen token black liberal and no one dare be the one to call him out. Same with his he/she spouse….Chewbaca…….Everybody just kisses their asses

Commie: He deserves to be kicked out of this country.

Where can we see this video? Such a disgrace

It’s not a library because there are no presidential documents. (Guess Hilary Shredded them). This is more of place to teach individuals how to be a community organizers. People in the neighborhood don’t want to give up their park and lakeshore. And also, the taxpayers will end up footing the bill.

He could always build it in san fransodomy. Decent people don’t use the parks there

You are 110% exactly right! Also he wanted it in an environmentally protected area.

Obama’s library will be ghetto in 2 years!

Maybe he can display his counterfeit birth certificate

I don’t have a dog in this fight but, if I did. The President B.O. Foundation would have to build the library in the South Side of Chicago in a neighborhood that he helped out the most in his 8 years as president. With that criteria the choices would be off the chart. Neighborhoods would be begging the Foundation to build there and wouldn’t need any fund raisers because those areas are flush with high levels of spendable income.

Yeah, better, Obama build his Library in Kenya. That way no one will be offended.

So you all know… the Obama Presidential Library isn’t a library, it’s a “Center”. Because it’s a center there will be no research library on site and none of Obama’s official presidential records will be there. Additionally, rather than being run by the National Archives and Records Administration, the agency that oversees the library‘s and museums for all presidents going back to Hebert Hoover, the Obama center will be overseen by a private nonprofit entity. Because of this, historians worry that this will undermine the ideal of a nonpartisan public history.

Trump will have a library? The man hasn’t ever read anything in his life. He wouldn’t know a library if he fell over one.

What a new place to have dilapidated building in 8yrs to go along with his 8 yrs in office of the President. Another reason no to go to Chicago.

Yes, ya’ had t’ Love the reference to Chitholego’s “South Side” in their official statement. Maybe the South Side can use it as a morgue.