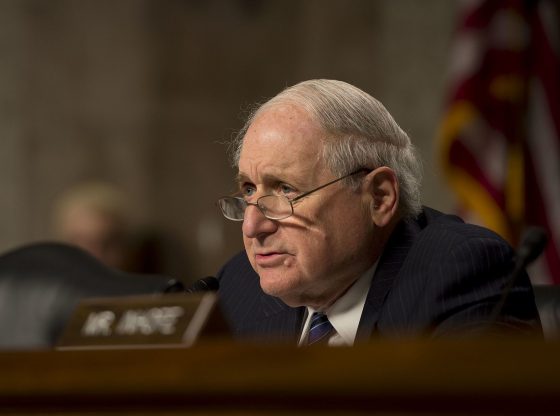 Former Michigan Democrat Senator Carl Levin has now passed away at the age of 87.

Former Sen. Carl Levin (D-Mich.), a 36-year veteran of the Senate and a key voice on military issues, has died at the age of 87.

“For those who were lucky enough to be a part of his early work in Detroit, his decades in the Senate, and beyond, he was an inspirational leader and so much more,” the statement said.

Levin, the longest-serving senator in Michigan history, retired in 2015 after more than three decades in the chamber.

Social Media saw an outpouring of remembrances of Levin after the news of his death broke:

Carl Levin was a wonderful Senator and an even better man. Loaded with intelligence and integrity, he led the most complicated efforts to get public policy right, with an emphasis on the public good. I was so grateful for his mentoring and friendship. My sympathy to his family.

Senator Levin was one of the finest leaders to have ever served the State of Michigan and our country. He was not only a mentor – he was a personal friend — who will be missed deeply. Read my full statement: https://t.co/qP8Qfx7Ll1 pic.twitter.com/Lh8LOxeMZE

Senator Carl Levin was a living embodiment of the word “mensch.” He showed that kindness is not weakness, and that you can be powerful while being decent, in fact that’s the only way to serve. May his memory be a blessing.

He was a D. They don’t get “it”. It’s only conservatives, Trump supporters and Southern states.

Let’s post stuff as the Democrats did about Trump. Let’s start with, too bad it was not Joe Biden that dropped over dead

There’s a looong list besides Biden! They just keep getting more demonic though

I am wondering how high LieDen has gotten in the Deadpool? Has to be top 5 my guess… He’s spry for a guy who can self correct falling UP stairs 3x.. lmao

Be careful what you wish for, given that Kamala Harris would then be president.

I wish that all of the commiecrats would keel over. They are a danger to our freedoms and a blight upon the human race

Bravo…I wish and pray for that every day

A great senator and tribute. lmao ~ So this guy sat on his ass while Detroit went through a great era of building and manufacturing, and OVERSOUGHT it become the devastated deserted typical liberal ran 3rd world shit hole it has become.. Congrats Levin, your masters I’m certain are proud!!

S*** hole is right. Like Joe Blow has turned the White House into the Shite House.

Unless he repented and confessed Jesus Christ is Lord things don’t look so good right about now. Being a democrat or republican senator don’t mean anything at the judgment Hebrews 9:27