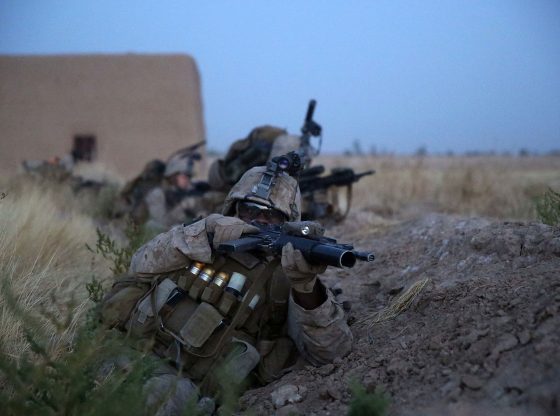 President Biden’s reckless and ill-advised rapid withdrawal from Afghanistan, and his feeble attempts to defend it, are being widely condemned by a broad group of critics. As I noted earlier CNN’s national security analyst, Peter Bergen, agreed with my earlier assessment of Biden’s pull out, calling it an “ill-considered, hasty withdrawal” and his speech defending it as “remarks peopled with straw men and littered with false assertions.”

Bergen concluded: “To use another trademark Biden expression, his Afghanistan speech was a bunch of malarkey.”


Meanwhile, we have just begun to see reports of horrific massacres of Afghan troops by the brutal Taliban as American forces abandon our allies to the terrorist hordes. These reports are only increasing criticism of Biden’s withdrawal.

The two most worrying cases are the massacre of Afghan special forces troops and the assassinations of Afghan military pilots. The military keys to defending against the Taliban. As Business Insider correctly notes:

Along with Afghanistan’s Special Forces, the Afghan Air Force is a pillar of the nation’s strategy for preventing a Taliban takeover of cities. In addition to providing air cover and performing bombing raids, pilots conduct medical evacuations, ferry supplies and transport troops for the country’s over-stretched army.

In one horrible case, we have seen video obtained by CNN of the Taliban coldly executing 22 Afghan commandos as they surrendered. The disturbing video can be seen below:

According to Business Insider:

The massacre, which human-rights groups have described as an apparent war crime, adds to the many questions being asked about the Afghan military’s capacity to defeat or even contain the Taliban now that the US is pulling out.

Responding to the news of the executed Afghan commandos, GOP Rep. Adam Kinzinger, a US Air Force veteran who flew missions in Afghanistan, tweeted, “This is horrible—yet it’s the reality of announcing the U.S. withdrawal from Afghanistan. Removing the peacekeepers and leaving the Afghan people without support is a grave mistake, Mr. President.”

The incident took place on June 16 in the town of Dawlat Abad in Faryab province, which is close to Afghanistan’s border with Turkmenistan. The Taliban dismissed the video as a fabrication. But the Red Cross confirmed that 22 bodies were retrieved, and CNN spoke with witnesses and verified videos of the incident.

But this is far from the only massacre or targeted killing of Afghan troops by the Taliban in recent weeks. “Pilots are on top of the Taliban’s hit list,” a senior Afghan government official said. And sadly reported Reuters:

At least seven Afghan pilots, including [Air Force Major Dastagir] Zamaray [a 41-year-old pilot shot in the head in Kabul by a Taliban assassin while trying to sell his house], have been assassinated off base in recent months, according to two senior Afghan government officials. This series of targeted killings, which haven’t been previously reported, illustrate what U.S. and Afghan officials believe is a deliberate Taliban effort to destroy one of Afghanistan’s most valuable military assets: its corps of U.S.- and NATO-trained military pilots.

In so doing, the Taliban — who have no air force — are looking to level the playing field as they press major ground offensives. The militants are quickly seizing territory once controlled by the U.S.-backed government of President Ashraf Ghani, raising fears they could eventually try to topple Kabul.

In response to questions from Reuters, Taliban spokesman Zabihullah Mujahid confirmed the group had killed Zamaray, and that it had started a program that will see Afghan Air Force pilots “targeted and eliminated because all of them do bombardment against their people.”

Expect many more of America’s Afghan allies to be massacred and assassinated as the Biden withdrawal concludes in a few weeks. And even more bloodshed and chaos afterward.

We need to get these Communists out of Washington. Biden isn’t what America needs. He is doing his best to destroy our great nation for profit. I know many of the college students have no clue what Communists truly are. It’s corrupt and destroys everyone except the select few of elite. Those few kill millions that disagree with there political views. Stop Biden and the evil Communists Party before it’s too late

That’s like telling kids that ice cream is bad for them. Communism/Socialism are to tyrants as candy is to a child predator. The concepts induce gullible, vulnerable, ignorant populations to cede their freedom, economy, cultural processes, religious beliefs and sovereignty to a perceived form of beneficent government. If these people need to learn ONE thing about government, it’s NOT beneficent. Our young people have been steeped in the subject of Socialism with carefully worded lessons about the value of government as a reactionary, equalizing and issue-focused entity charged with leveling all playing fields, and give every citizen the ’empowerment’ to gain financially and professionally under programs administered by their government. That’s not what our government is supposed to do, and they know that. What the beneficiaries of these programs DON’T know is that they’re being exploited by their leaders to centralize the authority of our public servants to oversee all Americans, and dictate what we say, do, how we interact with each other, and how we must ‘change’ our culture to comply with laws that guarantee our equality. What they’re also not learning is the fact that this same agenda ushered in brutal dictatorships within nations whose people witnessed their leaders become tyrannical, murderous, ostentatiously wealthy, and consumed with the desire to attain unbridled authority. There’s an old saying: “Fool me once, shame on you. Fool me twice, shame on me”. As many times as this scheme has been floated among ignorant populations, that shame has grown to enormous proportions.

biden REALLY F-UP IN AFGHANISTAN, NOW AMERICANS ARE BEING MASSACRED BY THE TALIBAN!!! The biden/harris COMMUNIST REGIME BAILED ON AMERICA AND AMERICANS, NOW THIS POS IS HAS MURDER ON HIS HEAD!!
THIS IS OUTRAGEOUS, WE ALWAYS KNEW THAT biden WAS NOT A FAN OF OUR MILITARY AND VETERANS, BUT HE’S ALLOWING AMERICANS TO BE SLAUGHTERED!!! COME ON, HOW MUCH MORE DAMAGE DO WE HAVE TO WITNESS??? I DO NOT RECOGNIZE AMERICA RIGHT NOW, I AM A DISABLED VETERAN AND THIS HURTS ME DEEPLY!!!

Michael Bluemke Now it was not Biden that ordered the troops out of Afghanistan in any way it was Trump who ordered them home, and Biden was just following up on that Agreement that Trump signed. “May 17, 2021 · Former President Donald Trump ordered a massive and complete withdrawal of the U.S. Military from Afghanistan, Iraq, Syria, Germany, and Africa in the days that followed his loss in the election.”
Trump orders the Pentagon to pull thousands of US troops out of Iraq and Afghanistan (msn.com)

You ARE an idiot and you know it too….You too stupid to realize that even if that were true biden COULD reverse that order…as he did so many others…pipeline etc…

LISTEN UP….The SAME THING that HAPPENED to AMERICAN REPORTERS is HAPPENING to the GOOD AGHAN PEOPLE. THEY are BEING EXECUTED!!!! I HATE TERRORISTS!!!!! I HATE the CHINESE GOVT!!!!! I HATE VIOLENT PROTESTERS!!!!! To HELL with THEM!!!!! VENGEANCE is MINE Says the LORD. From SamuraiQueen. 😩😩😩

Americans are being ‘executed’, too. Abortions are occurring by the hundreds of thousands in America, and our citizens are being killed by marauding gangs from Mexico and other Latin nations–when we’re not threatened with annihilation from some bug which mysteriously appeared during an election year. Human life is cheap under tyranny, and were installing tyrants by the gross in Washington and our state head sheds. Just try to get abortions banned, or end state lotteries/Gambling Casinos, proxy wars, voter fraud and other manifestations of the liberal regime, and you’ll witness first hand the process of being ‘executed’.