Lawmakers in U.K. Propose Ban on Boiling Lobsters in Name of ‘Crustacean Rights’ 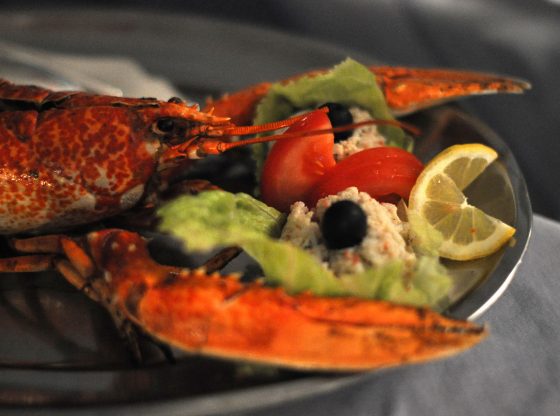 Lawmakers in the U.K. has now proposed a first of its kind ban on boiling lobsters alive (the normal method of cooking them) in the name of advancing ‘crustacean rights.’

Boiling lobsters while alive could be made illegal under new proposed animal welfare laws for crustaceans and molluscs.

The government would recognise that lobsters, crabs, octopuses, squids and other invertebrates can feel pain and are sentient beings.

Parliament is currently reviewing the Animal Welfare (Sentience) Bill, which currently only contains laws relating to vertebrates, or animals with a backbone.

But campaigners and pressure groups have pushed ministers to back an amendment extend the laws to shellfish and cephalopod molluscs.

Is this really a step forward for animal rights, or merely a farce put on by radical left wingers? Let us know what you think in the comments below

As I said, liberals keep going and going and going with their ridiculous mandates. Until they’re six feet under, they’ll now have unlimited capability to generate any contentious issue they wish.

I agree, uless they kill them humanely, 1st. Don’t throw them live in a steamer or boil them. It’s not hard, just stab them in the back of their heads. Not all crazy, just calmly.

Food is food, and lobsters are food. If people are so worried about ‘humane’ forms of preparing meals, they should learn how abortions are carried out. Those cadavers are also chopped up and the pieces are sold on the black market. Human beings have a capacity to be atrociously cruel, even to toward their own species.

So, unborn babies are ok but not crustaceans? Maybe when they recognize unborn babies as living human beings, they’ll have a right to spend the courts’ time on lobsters.

Apparently, my “Anti-Semitic” (They’re NOT Semitic) post content has triggered the AAN censoring algorithm monitors, so I’ll just transmit in the blind here, and hope for the best. The Jewish means to drain cattle of their blood for processing Kosher beef is hideously cruel. They slice the throat of the beast, and it bleeds to death while the animal suffers excrutiating pain. Unborn babies, as you’ve pointed out, have their heads punctured, and their brains are sucked out. As long as other humans won’t have to suffer the ignominious fate of these animals–or humans–they’ll ignore such inhumane activities. Liberals whining about lobster preparation is simply what they do. They have to whine, otherwise they’ll explode from the pressure of their fathomless indignity.