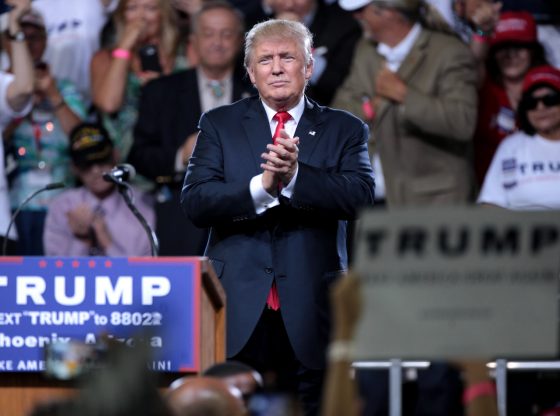 Washington, D.C. – Former President Donald J. Trump was cleared Wednesday of charges he ordered U.S. Park Police to clear a public space across from the White House to stage a “photo op.” A report issued by the Office of the Inspector General of the U.S. Department of Interior said the protestors occupying the area were removed to allow contractors to install fencing around Lafayette Park.

“As we have said all along, and it was backed up in today’s highly detailed and professionally written report, our fine Park Police made the decision to clear the park to allow a contractor to safely install antiscale fencing to protect from Antifa rioters, radical BLM protestors, and other violent demonstrators who are causing chaos and death to our cities,” Trump said in a statement issued after the report was released.


Critics of the former president’s actions that day, which included a walk across the park after demonstrators had been driven out to stand in front of historic St. John’s Church while holding up a Bible, have long maintained the move – which involved the deployment of defensive measures including tear gas – amounted to an abuse of presidential power for the purpose of political theater.

That theory is also the basis of a lawsuit currently in federal court, filed by organizers of the Black Lives Matter movement against the U.S. Department of Justice.

Interior Department Inspector General Mark Greenblatt identified problems with the clearing operation NBC reported, including the likelihood many protesters did not hear police warnings to disperse before the police moved in. The report also said the firing of pepper balls by the police was “inconsistent with the guidance” issued by the incident commander.

The report found that Washington, D.C., police, one of several law enforcement agencies on the scene, fired tear gas at protesters – which, until recently, had been a point of contention among supporters of the demonstrators and backers of Trump, who said repeatedly that it had not been used.

“The use of gas was a surprise to the Park Police, which was leading the operation,” the network said in its report, which also says the decision to clear the area “was made hours before anyone knew Trump planned to make an appearance.”

“The evidence we reviewed showed that the (Park Police) cleared the park to allow a contractor to safely install anti-scale fencing in response to destruction of Federal property and injury to officers that occurred on May 30 and May 31,” Greenblatt said in a letter. “Moreover, the evidence established that relevant (Park Police) officials had made those decisions and had begun implementing the operational plan several hours before they knew of a potential presidential visit to the park, which occurred later that day. As such, we determined that the evidence did not support a finding that the (Park Police) cleared the park on June 1, 2020, so that then President Trump could enter the park.”

The IG investigation took no position on whether the Park Police made a good decision by deciding to clear the park — only that the decision was lawful and consistent with policy. The debate as to whether the demonstrators – who at one point during their occupation of the park tried to pull down the statue of President Andrew Jackson that stands in its center – was peaceful or represented a threat to the White House complex located just across Pennsylvania Avenue remains unresolved. The IG report does acknowledge, however, that “acts of violence increased in the late afternoon and evenings” of May 30 and May 31 and that “officers reported that some protesters threw projectiles, such as bricks, rocks, caustic liquids, frozen water bottles, glass bottles, lit flares, rental scooters, and fireworks, at law enforcement officials.”

A total of 49 Park Police officers were injured during the protests from May 29 to May 31, including one who underwent surgery, the report says. Historic statues in the park were vandalized with graffiti, and on May 31, the park’s comfort station was set on fire, the report says. A fire was also set in the basement at St. John’s Church on May 31, and nearby stores and businesses were looted, NBC reported.

Peter Roff is a former UPI and U.S. News & World Report columnist who is now affiliated with several Washington-D.C.-based public policy organizations. He appears regularly as a commentator on the One America News network.

Democrats are lying sacks of dung…

The last part of that statement is the exact MO of BLM and Antifa, who also were responsible for the riot of Jan 6 at the capitol. They infiltrated the Trump crowd and did what they did all summer long in 2020. And, a fool can see that. Looking at the videos, it was exactly what they did, in exactly the same professional violent and destructive way. You could not tell the difference. These are paid rioters, paid to destroy, paid to tear down, and they knew exactly what they were doing because they did it all summer in every demonRAT city, and the demonRATs paid them well to do it.

gretta
Now every state and federal law enforcement has aid it was not BLM who did the damage in the protests it was outside agitators mainly White Supremists and local militias trying to start a Civil Race War.

Only a liberal would believe something so stupid.

Not every state, surely. All federal law enforcement, possibly. If you are being basically truthful, the people who downvoted you are “shooting the messenger.” But you need to supply evidence for what you claim. No upvote from me to you until you do so.

I agree!I just don’t get it why can’t we put these criminals behind bars ,they are truly traitors to do what they are doing n we all know who they are!The Constitution was written n it is suppose to be followed for our protection n our rights n also when a President takes the Oath of Office with his hand on the Bible ,they solemnly swear as President to preserve,protect and defend the Constitution of the United States ,n that means also against all enemies that are trying to abolish this great Country n form a socialistic,communism,Marxist Country n in my mind that not only shows me this President isn’t following his sworn verbal oath of office in defending America n it’s people n not following the Constitution!Americans what do you think?