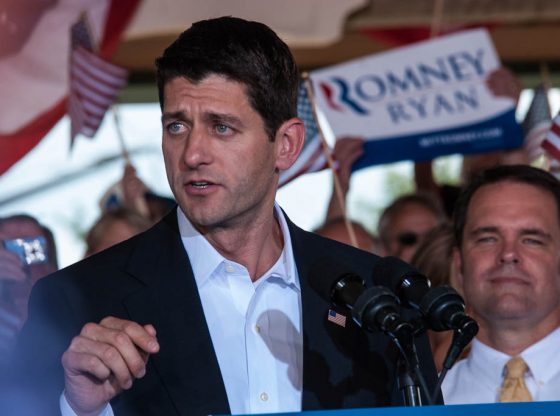 Former House Speaker Paul Ryan took aim at former President Trump and his supporters in a speech at the Ronald Reagan Presidential Library on Thursday, Ryan went on to call Trump’s presidency ‘dishonorable and disgraceful.’

“Even worse, it was horrifying to see a presidency come to such a dishonorable and disgraceful end,” Ryan said, adding that the 2020 elections had left Republicans “powerless” in Washington.

Ryan predicted that voters in 2022 and beyond “will not be impressed by the sight of yes-men and flatterers flocking to Mar-a-Lago,” likely citing the host of Republican lawmakers and GOP operatives who have visited Trump at his Florida resort since he left office in January.

The Wisconsin Republican also pointed to “fiascos” of Trump’s “own making,” including his handling of the COVID-19 pandemic. Ryan, however, he also gave Trump credit for attracting new voters to the Republican party.

“Look, to his credit, Donald Trump brought many new voters into our party, and we want them to stay,” Ryan said. “He’s a former president now, but the issues and values that held so many Republican voters and turned so many Democrats into Republicans — those issues and values still matter.”

Ryan, who was also a failed Vice-Presidential candidate in 2012, has been out of the spotlight for years and is considered almost entirely irrelevant to most political observers.

Who put a mic in front of his face? Who cares?

SHOULD HAVE STUFFED THE MIC INTO HIS MOUTH, THE WORTHLESS DICK HEAD! KICK HIS ASS OUT OF THE PARTY!

Forget his mouth. Stuff the mic into another part of his anatomy.

Democrats and RINOs – ok, I know, no difference – but few others. And he and his running mate are why we got four more years of Obama.

Almost irrelevant? I’d say completely irrelevant! This failed RHINO needs to stop thinking people are interested in what he has to say. He might as well join the Democratic Party given his philosophy!

That’s because you are a demorat.

You should have a clear head before you make stupid remarks, or atleast read what your making a stupid comment about Dan.

Paul Ryan was and is a piece of shit swamp rat

He did a long time ago

Don’t think they want his useless butt either. only good point he didn’t phrase right is we don’t want his kind of Republican Party. MAGA.

That’s what RINO means, Republican in name only. Ryan can definitely fit the bill. He’s a phony!

I told you this Eddie Munster look a like was no good way back in the beginning. It was obvious he was trying to sabotage Trump right from the get go. He deserves the worst kind of hell

can you just picture him sitting behind our pres and acting all important.