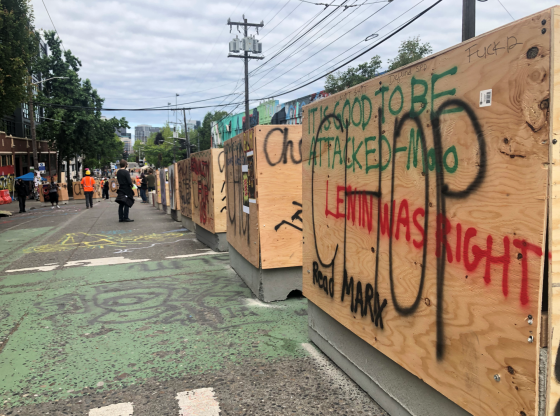 Over 40 district attorneys in California have banded together to challenge a new rule that could put up to 76,000 inmates back on the streets early.

The group of D.A.’s filed a petition to request that the California Department of Corrections and Rehabilitation (CDCR) repeal the temporary emergency regulations that took effect on May 1, making inmates eligible to cut their prison sentences by one-third by earning good behavior credits.

“The goal is to increase incentives for the incarcerated population to practice good behavior and follow the rules while serving their time, and participate in rehabilitative and educational programs, which will lead to safer prisons,” CDCR spokeswoman Dana Simas said.

“California is out of control and the rest of the nation needs to wake up,” Spitzer said. “Governor Newsom is very proud that he’s going to close two prisons in California, we’re one of the most dangerous states in the nation and the agenda is to end mass incarceration.”

He also pointed out the eligible inmates aren’t likely to be model citizens upon their release. “We’re talking about the most violent of the violent,” he said. “Second-strikers, those who have committed two or more serious violent felonies and three-strikers, [those who have committed] three or more serious or violent felonies.”

More than 63,000 of the qualified inmates have been convicted of violent crimes and nearly 20,000 of them are serving life sentences with the possibility of parole. Kent Scheidegger, the legal director of the Criminal Justice Legal Foundation for crime victims, criticized the credit system for being too lax.

“You don’t have to be good to get good time credits. People who lose good time credits for misconduct get them back, they don’t stay gone,” he said. “They could be a useful device for managing the population if they had more teeth in them. But they don’t. They’re in reality just a giveaway.”

41 of California’s 58 district attorneys signed the petition to declare the implementation of the new regulations unlawful. “Allowing the early release of the most dangerous criminals, shortening sentences as much as 50%, impacts crime victims and creates a serious public safety risk,” remarked Sacramento County District Attorney Anne Marie Schubert.

“This petition asks CDCR to repeal these regulations, begin the process anew, and allow for transparency and public input. Victims, their families, and all Californians deserve a fair and honest debate about the wisdom of such drastic regulations,” she continued. “That’s what we’re asking for. There was no emergency. They imposed them on a Friday at three o’clock without any real notice. And now, we just want an opportunity to be heard.”

People think of California as a repository for flakes, hippies, homosexuals and free spirits. Our state houses some of the most repulsive criminals you’ll ever meet. Not only are hundreds of miscreants cavorting along our sidewalks, our roadways are cluttered with the biggest collection of assholes in the country. The image of a Californian being some cosmopolitan altruist is as far removed from reality as Superman jumping over a building in a single bound. We’re descended from 49ers, Okies, bums, illegal aliens, welfare transients and migrating miscreants hiding from law enforcement in other states. Our criminal class is truly a formidable rabble you don’t want to meet, but our government releases them by the thousands, and our crime rates skyrocket accordingly.

California is a crime infested shithole. And the idiots in the government wants to make it worse

True! But their real underlying motivation is to gain votes. What our idiotic, so called, leaders don’t understand is that the criminals they put back on the streets couldn’t care less about anything except what power they can regain in order to get back at society in revenge for having to serve time for their heinous crimes.

if this passes we can hope that all these killers go meet Newsom and his cronies and leave them with, well less than favoriable impressions. Now there would be a show we all need a comfy chair, popcorn, a good drink to watch and enjoy.

Sure let them out but make them have to STAY in California.

Maybe they should be FORCED to move to Sacramento!

They will move them to your state!

If they move them to my state they will either be incarcerated or shot.

Pissed Off American
Reply to  Oirish1953

I vote of SHOT! Or long drop om short rope. What’s wrong with these idiots in government?

Just one more reason for the people living in California to pack up and leave as soon as they can;…and a very good reason that if you don’t live there, you should stay out of that State if you value your life and property.

But the liberals need to stay in CA

The problem with californakators coming to other states is we don’t want them either, Californians stay were you are we don’t want your kind here, your nothing but trouble you allowed this to happen you all voted for newsome deal with it! Mines a red state we don’t want dumboRats messing thing up here!

Pissed Off American
Reply to  America

Mine is a dumb enough Blue state and we dam sure don’t need them here either. It’s going to become necessary for people to group together and be armed to protect themselves from the democrap slime they are let out of prison.

I belong in a RED state, it used to be RED in my area but the idiots have bombarded this area with L.A. and northern CA liberal looms. Where I live was mostly associated with work on an Air Force Base, you needed security clearances, and we had to pass strict investigations! Now they are trying to ruin that too! I am out of here before too many more months!!

will
Reply to  Stephen Weiss