AOC Blasts Ted Cruz Over Border Crisis, Claims his Resignation is ’84 Days Past Due’ 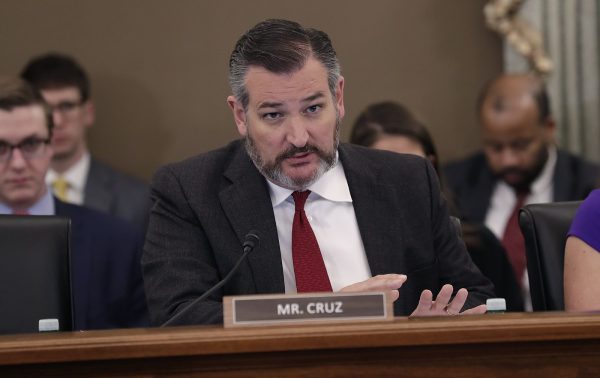 The encounter occurred on Twitter, where Ocasio-Cortez was explaining that she faced bipartisan opposition to improving conditions at the U.S-Mexico border. She called out “Ted Cruz types” who are taking trips to the border but had voted for policies that helped created the problem.

Ted, this is pretty rich coming from someone who fled their own home (and responsibilities) during an environmental crisis to cross the border and seek refuge in Mexico.

Also you funded cages, expanded cages, and yet you’re complaining about cages. You have no policy, just puff. https://t.co/0MI8oU0EtQ

A reminder that your resignation is 84 days past due. At least.

“And the fact is a LOT of Ted Cruz types who are now going down to meet refugee children in boats outfitted w/ machine guns are the ones who helped create this problem in the first place,” she said.

Ocasio-Cortez further tweeted: “For all those who are brand new to this & only care about cages on a partisan basis, catch up: we‘ve been fighting our own party on immigration for a long time. This is the result of Congress endlessly dumping money into CBP/ICE cages vs humane policy”

Full open borders. Which would make the #BidenBorderCrisis even worse.

She says nothing else works.

Last year, we had the lowest illegal immigration IN 45 YEARS.

This year, we have the highest in 20 years. https://t.co/zT8wKuvkRm

wanted to say the same thing…thanks..

I agree once a gin jockey always one

This worthless turd belongs in a dive cantina in Mexico working for pesos, she can sell tacos on the side.

Sheit (She, He. It all wrapped up in one word) might get a peso or two for the taco between the legs if sheit is lucky.

She would probably sell her “taco” in the back room. Or maybe on the bar if she is an exhibitionist.

hesheit would be in the bar front and center . . . .she has been an exhibitionist since before she was elected by default

ugh who would even want to look at her! ugly inside and out

I am sure she already has…and boy they were disappointed

She could do donkey shows also. If they could find a donkey that would want to do it.

LOL! I said if they could find one that would LOL

Among “other” things she possesses. If you know what I mean. NAAAA! She’s probably lousy at that. Of course there is a way to shut her up. Put something in her mouth! YEAH!

I demand that AOC goes back to school & learn about our AMERICAN REPUBLIC. She’s just an evil being……………..

I agree, she should go back to bartending

At least Ted went in person to check it out along with other members of Congress. What has she done? Or Biden since he is causing this?

I agree. Not only AOC but all the far leftists!

Her resignation is 3 years overdue.

Yeah hers is years past due.

Occasional Cortex really needs to go back to bar tending. 🤔

I demand the Resignation of AOC because she is illiterate and does not belong in Government .

and her resignation is way overdue…..2 years ago.

Absolutely correct…. but don’t hold your breath. That would mean the entire demonRAT party mafia and their mobs.

Yes Accountability is the term. There isn’t any in USA anymore or all the Libs who have Lied and cheated . Broken laws should be in Jail but like Corporations and Major? League Baseball, who don’t understand that Georgia is trying to make voting Fair and Not Change the rules in midstream, have No right to move the game and should be sued . We are supposed to be watching a game NOT a Political fight!! They know Nothing about this. Delta Coke also need to Wake up NOT Woke up!!

YOU ARE CORRECT SIR!

Best part of her, ran down her mother’s leg.

Keith A Breedlove
Reply to  Eugene

Unless she has dirt on hillary, her suicide is very unlikely.

gretta
Reply to  Keith A Breedlove

That, dear fellow American, had to be said.

Wyatt
Reply to  Keith A Breedlove

Dirt on Hillary , that’s called Clinton-cide is it not ?

Did they not upgrade that phrase to “Epsteined”? Just askin.