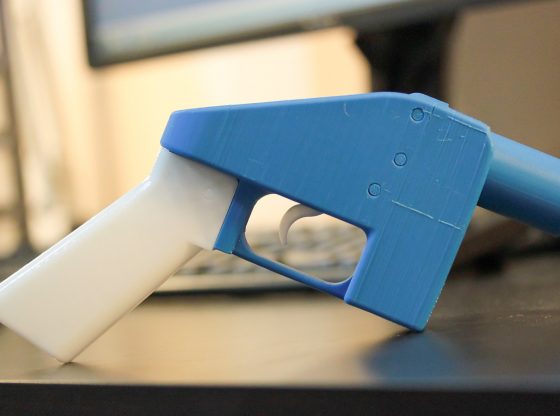 The Supreme Court has now dealt a major blow to the schemes of an anti-gun attorney general in New Jersey who is currently locked in a legal battle with Defense Distributed, a company specializing in 3-D printed firearms.

The Supreme Court denied a petition from the New Jersey Attorney General, Gurbir Grewal, which sought to attempt to evade the jurisdiction of the Fifth Circuit Court of Appeals in an ongoing First Amendment case that has been brought against him by Defense Distributed.

The Fifth Circuit had ruled unanimously that Grewal, because of his efforts to prevent the distribution of materials related to the 3D printing of firearms, was subject to the jurisdiction of the Texas courts. Defense Distributed is headquartered in Texas.

The Defense Distributed case has always been about the First Amendment, Gottlieb observed. He recalled how Grewal had moved to dismiss the SAF/Defense Distributed lawsuit filed in the Western District of Texas “for lack of personal jurisdiction.” But the Fifth Circuit appellate ruling placed Grewal’s efforts squarely under that circuit’s jurisdiction and the SCOTUS allowed that to stand.

The suit stems from Grewal’s previous attempt to attempt to prevent individuals in New Jersey from downloading or possessing instructions from Defense Distributed on how to print firearms in a 3-D printer, an action which is almost certainly a violation of the First Amendment.

And take the skanky tramp Nasty Peelousy with him !!! Those are 2 unflushed turds in the toilet of of our once hallowed halls of government!! With the DANGEROUS DUMBOCRAPS in charge of both House and the Retard Blow Biteme and the HeShe Kameltoe Harryass running our once great country into the bottomless pit of an outhouse with those two turd floating at the top!!1!! There goes theonce great Nation I served!!

Wow Teddy. Tell us how you really feel. Lol

Yes, Teddy, I know the feeling !

Teddy you are correct but in truth it is aall of the politicians as they have been letting this go on for years. Now of course this really falls on our shoulders because we did not pay attention and we did not vote and hold responsible these politicians for all thier i;l;egal misconducts