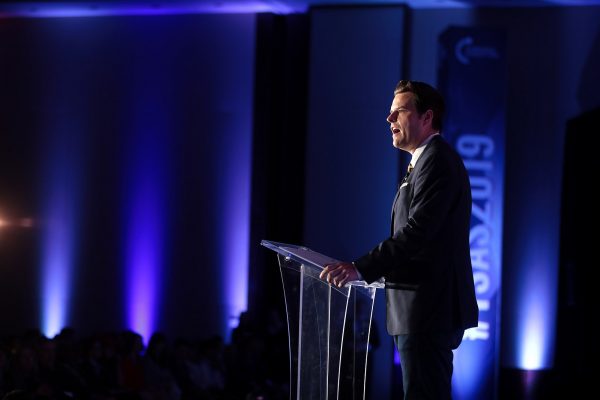 In addition, Gaetz pointed out the vicious attacks many conservative women like Boebert have to suffer at the hands of vengeful liberals.

“Republican women in Congress get it way worse than the men because of the identity politics and they [Democrats] assume that if you’re a mom in regular America, you ought to be with them,” Gaetz said.

“So when they see someone [Boebert] who is a firebrand, who is a spark plug, who is a jolt of energy that we need in the Republican caucus, they come after her specifically,” he continued.

In January, House Speaker Nancy Pelosi, D-Calif., ordered security officials to install magnetometers at each entrance to the House chamber after the Capitol riot. Pelosi said lawmakers were concerned about fellow lawmakers “being a danger” to one another, adding that “the enemy is within” the House.

Gaetz said that metal detectors were placed outside of the chamber due to Boebert’s views. “That was all you,” he said, adding that Democrats felt threatened by her.

Pelosi needs to take a long walk off a short pier

amazing, under a year back I was jobless in a horrible economy. I thank God every day I was blessed with these instructions and now it’s my duty to pay it forward and share it with Everyone, Here is what I do. Follow details on this web page……..>WWW.JOINWEB9.com