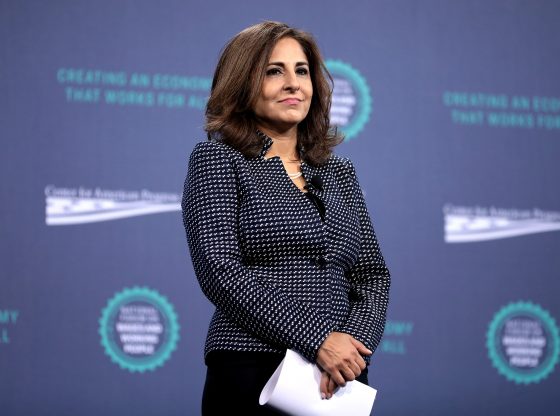 Neera Tanden, a longtime Democrat operative and President Biden’s pick to head up his Office of Management and Budget, faced withering fire on Wednesday during her Senate confirmation hearing from both Republicans and Democrats over her history of unhinged and abusive social media posts.

Tanden faced particular scorn for her vicious social media posts attacking Senator Bernie Sanders for almost everything imaginable, including essentially accusing him of being an unwitting agent of the Russian government.

Seriously this is ridiculous. I’m not for litigating the primary, but from what we know now, Russia did a lot more to help Bernie than the DNC’s random internal emails did to help Hillary. Try to actually look at some facts. This whole attack is a joke.

As GOP Senator John Kennedy (R-La.) pointed out while raking her over the coals: “You called Sanders everything but an ignorant slut.”

Tanden then was forced to backpedal and apologize profusely for her history of insanity on social media:

After absolutely shredding Tanden, Kennedy then jokingly commented that, for the record, he did not himself call Senator Sanders ‘an ignorant slut.’

Would ms.tanden be muslim by chance?

Of course she is… another POS living off the teet of the taxpayer! She totally meant what she said and only now “regrets” her tweets because she got called out! Typical Demonrat, “it’s not my fault, it was the butler in the pantry with a candlestick”!🤣

My point is that Bernie is a jew.

He’s really a hard core Communist who hates all religions.

Most likely the ONLY reason she was picked by Susan Rice and Obama. LOL< and you thought Old Sleepy JOE DID, WOW. don’t you feel silly now.

What was your first clue?

and nothing will happen to her…. yawn

Word have stripped a Republican so what is different here? Words ruin one words ruin all.

Maggie May
Reply to  Chuck from pa

They did! Just got done kicking Greene off her committee seats for her posts BEFORE being a sitting congressperson!!!