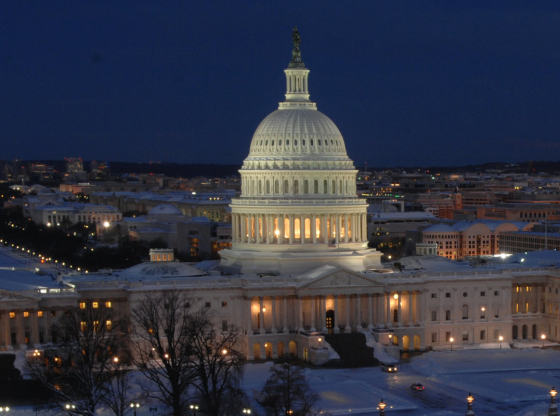 Crow made the announcement after Berman referenced one of Taylor-Greene’s latest tweets about President Trump and the 2020 election.

“This Hail Mary attempt to remove him from the White House is an attack on every American who voted for him,” she tweeted. “Democrats must be held accountable for the political violence inspired by their rhetoric.”

Berman was “shocked” that Taylor-Greene still has a Twitter account with all of her conspiracy theories, and Crow said she’s one of several people in Congress who are “morally bankrupt, depraved, frankly dangerous individuals.”

“We’re looking at our options within the House as to how we stop this,” Crow said. “And whether this is an expulsion proceeding, a censure, we can’t let this stand because this is exactly my point. Donald Trump is one thing, he’s shown us time and time again who he is. But he doesn’t do this without support.”

Yesterday, Taylor-Greene made headlines when she revealed her intention to introduce articles of impeachment against soon-to-be President Biden.

Only ones that needs removing are the squad and democracts they have more issues than the whole world put together. The squad is weak, but use lies to get ahead and they are not supposed to be in our government forcing socialist. Democracts of today are a sad party they make lies up as they go along about someone else who they think will be a treat to them.

Raymond: Hello. The “squad”, each of them, actually violate their “oath of office”, because they support Anti-American organizations and moreover, they visibly hate OUR Country. Each must be censured, cautioned of their violations of their oath, and subject to IMMEDIATE DISMISSAL the NEXT time they violate their oath.
Hey, the next violation for each will surely occur within a week of their censures.
Let’s hope they flub-up soon, so we can see the door hit their rears on the way out.

We need for more GOP spines in the House to address such violations of the “oath of office” for ANYBODY in the House, and do NOT yield their vocal “time” until they are “finished” nor be drounded-out by those leftists interruptions as ther are so appropriately “called-out” by a GOP Rep during “his time”.

Debbie
Reply to  Raymond A Martucci

All of the bad with the help of the rinos.

Agree, Rinos in my book are lower than democrats & squad

All bad not just a lot