Federal agents may soon open an investigation into one of Washington’s most open secrets – how the Russian and Chinese governments have been covertly funneling millions of dollars to leading liberal groups aimed at weakening the United States.

In a letter to Texas Congressman Lance Gooden, Environmental Protection Agency Administrator Andrew Wheeler announced he formally requested the Justice Department investigate whether some of the nation’s most powerful liberal groups must register as foreign agents or face criminal prosecution.

Environmental groups are among the top recipients of Russian and Chinese government funding, as their goal of banning fracking and shutting U.S. oil production would leave the world’s oil markets open to the regimes.

It is legal for American political groups to get foreign funding, so long as they register as foreign-funded lobbyists under the Foreign Agents Registration Act, or “FARA.”

“Given heightened concern that foreign countries, primarily China and Russia, are potentially funding U.S.-based ‘green’ groups to undermine American energy independence and to help maintain the integrity of EPA’s decision-making, EPA will refer this matter to the DOJ FARA Unit,” writes Wheeler. “The DOJ can then determine what appropriate steps to take, if any, including whether those entities should register as a foreign agent.”

“The Chinese Communist Party (CCP) stands to profit heavily from a Biden administration which would make us reliant on Made-in-China renewable energy,” said Gooden. “We have reason to believe they are funneling money to certain ‘green groups’ to influence American foreign policy and our elections.”

While Russia is a top funder of anti-fracking efforts because American natural gas is a competitor, China profits from both oil and so-called “renewable energy.”

China is bankrolling U.S. advocates of forcing Americans to use wind and solar power because the toxic heavy metals that power “green energy” are mined in open pits in China, making wind and solar among the most toxic forms of energy. Wind turbines and solar panels have short lifespans and will leave behind millions of tons of toxic waste in the U.S.

“Climate Change’ campaigns have been very profitable for China as they hold monopolies on many of the critical minerals used in the ‘renewable energy’ space,” Gooden notes. “When the United States pulled out of the job-killing Paris Climate Accord, environmental activists bashed President Trump’s decision. These same actors remain silent on China’s egregious environmental practices, including horrible air quality and a hefty carbon footprint. Despite China being a leading polluter, they rarely face condemnation from ‘green’ groups.”

“We have strong reason to believe that one of the many tactics they are using to influence our elections is through eco-left ‘green’ groups. The CCP cannot be trusted and we must hold them and any bad actors accountable for funding political activity and election meddling in the United States,” says Gooden. 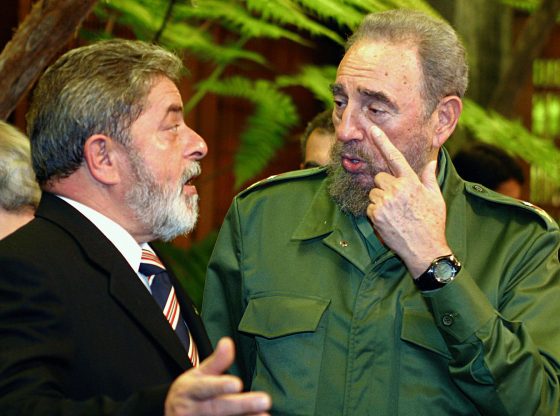 where has the DOJ been the past few months? will they and the FEC look into Democrat super PACs or Bloomberg, massive donations?

Good question. Where have they been? Hiding with the FBI?????

Does anyone have confidence in the DOJ & FBI ?

Fed Up
Reply to  USNvet

I do. I have utmost confidence they will procrastinate until whatever they are supposed to be investigating has happened! And long enough afterward until any witnesses have been “ELIMINATED” so they can say there is nothing to investigate!

No one knows how to destabilize another country any better than a communist leader, and their go-to move is to fund liberal groups because they define the most destructive force in any society, and the liberals willingly participate in the effort thinking they are the pathway to successful change, which kind of makes them the morons of society, right?

That’s what a Russian leader during the Cold War meant several years ago when he said America could be taken without firing a shot. They knew that wouldn’t work, but pushing liberalism to promote socialism would work. I hope and pray that it’s not too late. Russia is still a communist leaning country. Mr. KGB Putin is running the country. If joe and ho wins we had better be ready to stand and fight. They won’t take me without firing a shot.