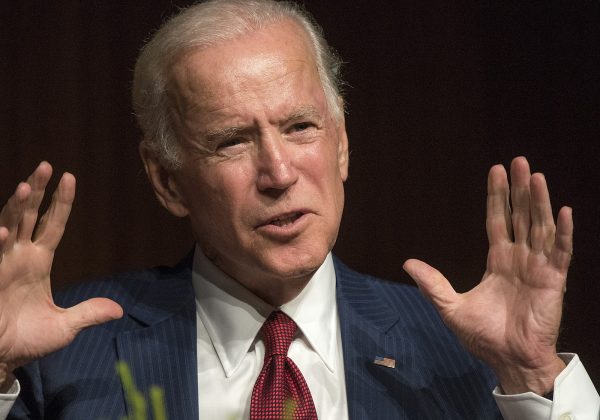 
Archer, who advised John Kerry’s 2004 presidential campaign, was convicted at trial on June 28, 2018 on conspiracy and securities fraud charges related to a scam involving a $60 million bond offering for the Wakpamni Lake Community Association, an affiliate of the Oglala Sioux Tribe.

Judge Ronnie Abrams, who handled the case, overturned Archer’s conviction on Nov. 15, 2018, saying there was insufficient evidence to show that Archer was aware of the bond fraud.

The appellate court overruled the decision, saying in their decision that “the district court abused its discretion in vacating the judgment and granting a new trial.”

The appellate judges said that Archer was aware of “the general nature and extent of the scheme and intended to bring about its success.”

Biden and Archer first worked together at Rosemont Seneca Bohai, a private equity firm of questionable repute, before both landing a cushy position on the board of Ukrainian gas company Burisma Holdings.

Everyone associated with the Biden Criminal Family are psychopathic and corrupt to their very cores. Nice family you raised there, Jill, now parading around your husband with Alzheimer’s. You should be ashamed for the rest of your miserable life, you fraud.

JOE, HIS BROTHER HIS CRIMINAL SON HUNTER NEED TO BE TRIED FOR MISS USING GOV, POWER, GOV. FUNDS, AND JUST BEING OUT RIGHT LIARS AND CROOKS, JOE W/47 YEARS IN WASH., NOW SAID ON HIS FIRST DAY HE IS GOING TO DO SOMETHING, MAYBE WALK OUT ON HIS BALCONY AND FIRE OFF HIS SHOOT GUN, HE MADE THAT STATEMENT , DOES HE KNOW IT IS AGAINST THE LAW TO FIRE A GUN IN THE CITY LIMITS, JUST JOE IS JUT TOO DANGEROUS TO GIVE HIM ANY MORE POWER UNLESS HE CAN HAVE SOME BRAINS IMPLANTED IN HIS ASS, HID HEAD HAD SOME REMOVED YEARS AGO, EXPLAINS A LOT.

Are you talking about Trump, he is a sick man mentally!!!!

If President Trump is a “sick man” would you care to explain exactly what his symptoms are and how that has negatively affected America, beside your Trump Derangement Syndrome?

This MORONIC statement YOU made removes ALL doubt YOU are the one who is SICK.. (you MUST be “binge-watching” the fake news propaganda networks)Perhaps seek professional mental help as you seem to be infected with a BAD case of TDS.

The Trump Derangement Syndrome has caused much Mental illness in America. This Chinese Virus has only added to the symptoms when it was Beijing Biden & cohorts who sold out to Communist China. Now trying to hide their sins by blaming President Trump! What Disgraceful Liars!!
,

To much coolaide, I just wish you lefties would do just a little research besides cnn and MSNBC

It’s about time for the news hounds to put the Big spotlight on Hunter and his shenanigans with the Ukraine and Russia. Further more, since Chris W. And others are so biased against The President, they should not be allowed to moderate any debates. There must be someone well known to the people who is not strongly in favor of either candidate. The debate with Biden and our President was a rigged sham as was the one with Mike P. And K. Harris. A virtual debate would only give Biden the Edge ( once again) vs. having one outside and behind the plexiglass.
The dems obviously believe that we are all ignorant and out of touch with reality. And that wretched Nancy (. queen of the goon squad) among other things is digging a hole for herself , Bernie, and Schiff. I want to see and hear more about Hunter’s involvements and money paid to him. The dems are trying to detract from those events big time. Please fight back harder. Rock On USA. Sheila B. Johnson

JOE Biden may not have “personally engaged in any “scam” BUT HE DID TAKE HIS SON HUNTER ON AIR FORCE 2,,A GOVERNMENT AIR CRAFT,TO CHINA, WHERE HUNTER WAS GIVE AN “OBSCENE” AMOUNT OF MONEY IN A DEAL JOE BIDEN HAS DECLINED TO EXPLAIN. The Biden family has become very wealthy since Joe ha been in politics, funny,if any one of us had done the same thing the words “CRIMINAL COLUSION” would have been used more than once,after the indictments were handed down, WHY NOT INCLUDE JOE INTHE STORY??/

And further more, Joe biden has been on the ” PUBLIC TEAT” for over 47 years,and to any ones knowledge,has never worked at an HONEST JOB. BUT, the left and its’ ass kissing liberal media, has harassed Donald Trump,a self made billionaire, who has created thousands of jobs,which in turn provided untold millions of income tax and FICA dollars,as Joe Biden “GLADHANDED” his way into a retirement,with the absolute best health care benefits only the government could provide, and only consuming the tax dollars provided by Trumps’ business acumen,AND NEVER CONTRIBUTING ONE THIN DIME TO THE TREASURY THAT HE HAS LIVED OFF FOR ALMOST A HALF A CENTURY, yet not one PEEP of comparison from the ASS KISSING LIBERL LYING MEDIA!!!

Never will the liberal media, that is getting rich themselves lying about President Trump. Somehow there should be a law that if you lie about someone, you have to pay for it. Media is so ugly and vile.

Joe Biden was involved in a money laundering scheme in the Ukraine, and was being investigated by the Ukrainian Prosecutor. Joe Biden was going to withhold One Billion Dollars of funds from the Obama Administration, to the Ukrainian Government, if the Prosecutor wasn’t fired. The Prosecutor was fired and poisoned. See “Rudy Giuliani’s Common Sense” on YouTube for the complete rundown of Biden’s illegal financial schemes especially since he became Vice-President under the Obama Administration. Total corruption.

That wasnt hunters only trip, judicial watch found Hunter made 411 trips on government planes with secret service protection not a classy family but a very rich one thanks to Joe and his connections