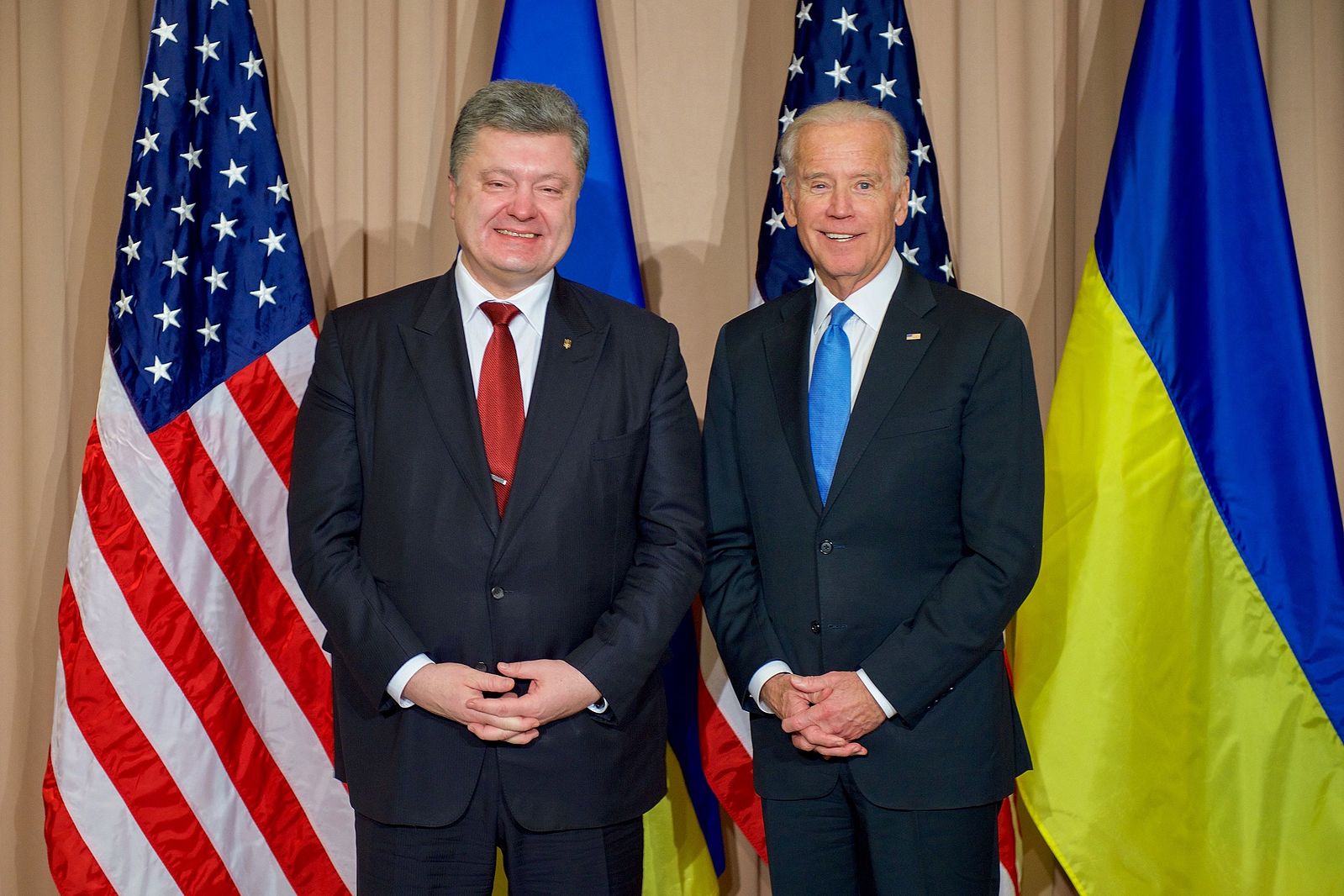 Former Ukrainian President Petro Poroshenko can be heard in leaked audio excerpts discussing the firing of his prosecutor general at the behest of then-Vice President Joe Biden.

Poroshenko defended the prosecutor Biden demanded he fire before the Ukraine president confirmed he asked for his resignation.


Per the Daily Caller:

A Ukrainian lawmaker with ties to the Russian KGB released on Tuesday excerpts of recorded phone calls reportedly made between former Vice President Joe Biden and former Ukrainian President Petro Poroshenko in 2016 discussing the ouster of a Ukrainian prosecutor in return for a $1 billion loan guarantee.

The lawmaker, Andriy Derkach, said during a press conference Tuesday that Poroshenko recorded his phone calls with Biden and that he received the tapes from investigative journalists.

The full context of the conversations between the two leaders was edited out of the tapes Derkach released Tuesday, The Washington Post reported, but the portions that were released are mostly consistent with how Biden has publicly characterized his efforts to get former Ukrainian Prosecutor General Viktor Shokin fired in return for loan guarantees from the United States.

The tapes leaked Tuesday by Derkach contain no mention of Bursima Holdings or Biden’s son Hunter Biden, who served on the board of the natural gas company at the time. The Daily Caller News Foundation was unable to independently verify the authenticity of the tapes.

READ NEXT: Hunter Biden Gets Piece of Mail No One Wants Ever >>

I am making $98/hour telecommuting. I never imagined that it was honest to goodness yet my closest companion is acquiring $20 thousand a month by working on the web, that was truly shocking for me, she prescribed me to attempt it. simply give it a shot on the accompanying site.. go to home media tech tab for more detail reinforce your heart…….
COPY Read MoRe

It will be explained away. It always is.