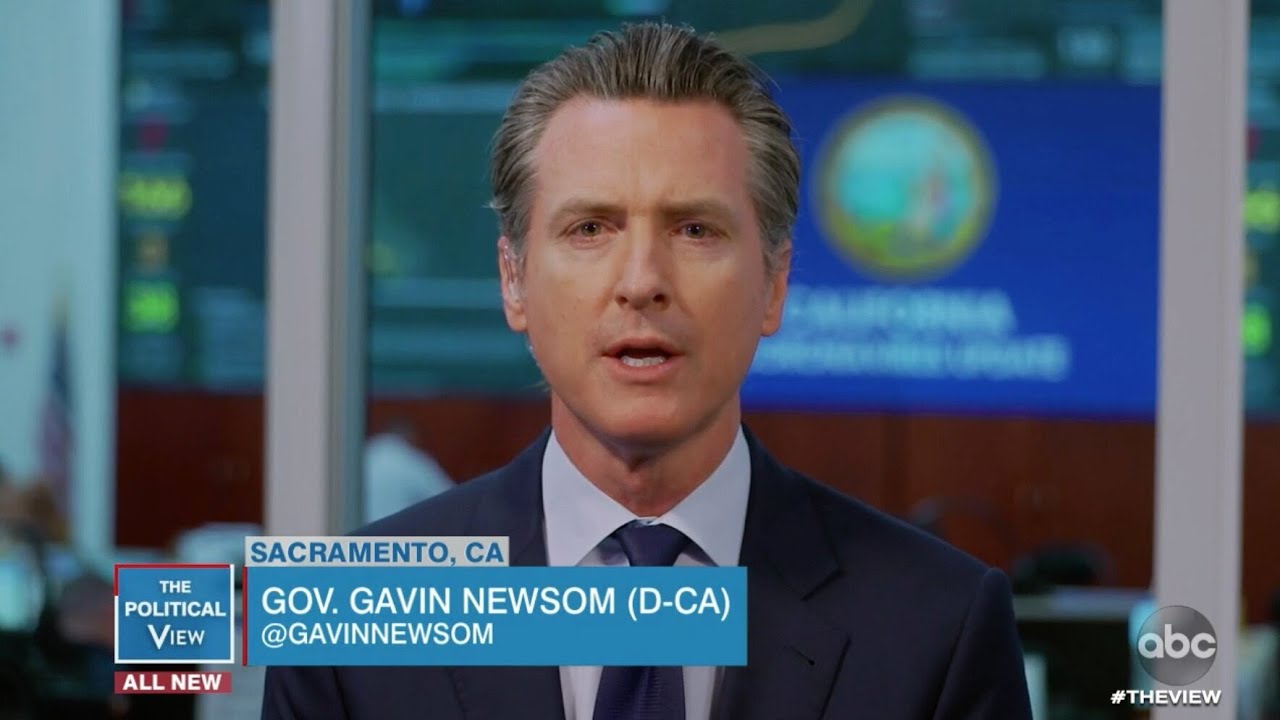 It’s no secret that Governor Gavin Newsom (D-CA) and President Donald Trump have had their differences.

The Golden State’s chief executive is involved with at least 68 politically-charged lawsuits against the president.

However, there is one critical area where he is praising the commander-in-chief’s actions, and not just in private.

“Governor, it’s no secret that you’ve had a combative relationship with Trump in the past, but lately, you’ve been praising him for the help he’s giving. Of course, you have to, because look at how he treats governors who don’t kiss his ring,” Behar said. “The governor of Washington, the governor of Michigan, he said they were not appreciative and told Mike Pence, ‘don’t call them back.’ Do you feel like you have to feed this guy’s ego to get the respirators, to get the PPEs, is that what’s going on?”

While Newsom reiterated his differences with Trump, he made clear that his collaboration with the administration has been productive.

“All I can say is that, from my perspective, the relationship has been strong,” Newsom said. “I’m not doing it to kiss the ring, I’m not doing it in a way, you know, — I’m just being forthright with the president. He returns calls, he reaches out, he’s been proactive.”

I have no clue how people can watch The View without vomiting. Seemingly set in pace and narrative by Behar and Goldberg the factor of sound reasoning apparently doesn’t exist , or lays somewhere on the cutting room floor. The very few times I attempted to watch it, it completely defied any logic and was nauseating to my sense of reason. I would rather perch myself on top of a cactus and have a flock of buzzards circle while taking turns to read themselves of their droppings on me than watch these over the hill hens spew their lies and trash talk with such predictable ignorance.

Right On!! WHEN are these DEMORAT HAGS going to DO what they said and MOVE their Carcasses OUT of the USA!!?? GOOD RIDDANCE!!

They talk the game but don’t play the game.

A. D Roberts
Reply to  Jim

Just how much damage to the economy is the worth of a few lives? It was not worth this kind of action for FLU?????
so what is the difference? I will tell you. GETTING THE ECONOMY in order to get Trump

DetroitDom
Reply to  A. D Roberts

AD – you and I have had some wonderful discussion; glad to see you posting again, and I hope your family is safe.

Yes the economy is being hit hard by this, but so is the economy of the globe. Remember, if USA is hurting, they hurt worse!! As for a few lives, the Chinese numbers are false! I guarantee that millions will have died (reported or not) from this COVID.

Let’s pray the quarantine provides our medical facilities time to obtain PPEs and equipment needed, as well as, successful meds and treatment to combat this. I had a dear friend of mine die because of this crap – it’s not just a few lives.

Another welcomed common sense comment by upon logic. China is full of shit always has been always will be. This wake call Trump gave us three years ago make it here not in China or do not be allowed to see it here. No more illegal entry undocumented assholes put our families first And most all dear God Screw over the communist pieces of shit congress member democrats royally.

A. D Roberts
Reply to  DetroitDom

Sorry but the real solution is the same as the flu. Let it run its course. Treat as many as you can with respirators. And get over Trump recommending drugs out of their approved scope. Yes, I like you too. This time see that the words used when they started to quarantine was to slow the spread so the hospitals would not be overrun. Fact is, most people are going to get it. Bad for me. I am 71, diabetic and heart trouble. God is faithful. Ready to die.

Junius
Reply to  A. D Roberts

You are correct, this is just a communist / Democrat plan to destroy Freedom and America!

Couldn’t have said it better! Spot on.

I have watched that show when Bawa Walters was on so many years ago! Stopped watching it but I keep hearing about these witches spewing hatred and I would never watch it again!

My sentiments exactly. The View lacks in common sense and normalcy. If a Conservative comes on the show either gets shouted out or bad mouthed. I hear that at Gitmo that it’s mandatory for the Muslims to watch it 24/7. The ones driven crazy are released which shows that they become normal. The rest are rebooked until they see the light.
Whoopi and Joy are pitiful at best, may they get what they deserve, and that is all of Joe Biden’s gaffs over the past forty years.
May the bitches skeletons see the light of day for everyone to see.

They are so awful! And they contend THe View is a viable news program.
Its a program alright with screaming, yelling, nasty women.

Well Said and I agree completely.

Who, with an I.Q. # above room temperature, could possibly care what that bimbo, Joy Behar, says, thinks or does?

Others with room temp IQs who vote for the likes of Hillary. Just providing answer to your question.