Trump Deploys Troops to Border to Head Off Migrant Surge 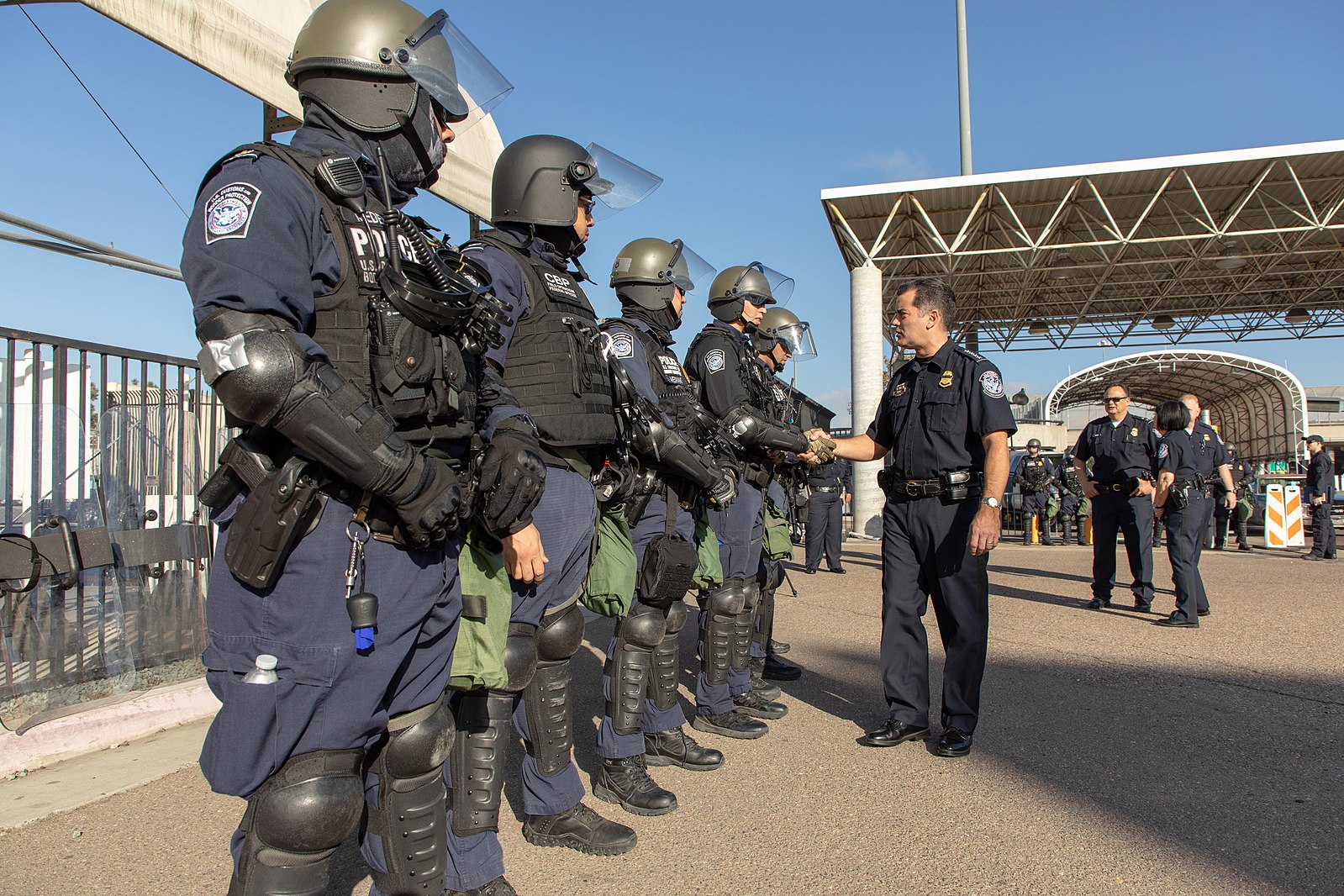 Advertisement Check Out This Product:


President Donald Trump deployed additional troops to two cities on the U.S./Mexico border after a liberal federal court struck down administration policies asking asylum seekers to remain in Mexico while their claims are processed.

A federal district court struck down the Trump administration’s “remain in Mexico” rule, determining that federal asylum laws allow migrants to remain in the United States while their asylum claims are processed.  The U.S. Court of Appeals for the 9th Circuit upheld that ruling but limited it to only California and Arizona.

The White House has appealed the ruling to the U.S. Supreme Court. The Department of Homeland Security reports 60,000 asylum seekers have been blocked from entering the United States. If the court’s ruling is upheld they could enter the U.S.

In response to the ruling, a large number of asylum seekers gathered in Mexico near the El Paso border crossing, anticipating they will be allowed to enter.

“CBP Ports of Entry (POEs) are not designed or equipped to handle extremely large groups of travelers arriving all at the same time, and temporary closure of a POE is contemplated as an extreme option, as necessary for public safety and border security,” Customs and Border Patrol said in a written statement.

“Compounded in response to Friday’s (Feb. 28) amassment of large groups in Mexico with the potential to forcibly enter the United States, CBP closed or partially suspended operations at multiple locations in order to maintain safety and security,” the statement read.

Advertisement Check Out This Product:

The judge should have his ass on the border shaking hands with every illegal coming across to make sure he gets Covid-19. what an idiot

What would you expect from an Obama appointed trashy judge. Obama only appointed judges that took an oath to try and destroy America and that is exactly what these rogue judges are doing.

100% correct. Anyone associated with that muslim traitor’s administration is pure trash.

You are absoluty correct.

You’re all correct and we wouldn’t have this problem IF the Dems were acting responsibly for us and were helping build the wall and following our immigration laws. They ALL should be in jail since this is intentional for treason and aiding and abetting criminals…especially this judge who’s another legislating from the bench.

These idiots that are for open borders need to open their own personal homes and properties and welcome the illegals in. They need to vouch for the safety of the rest of the public. This is Bob’s wife.

aRREST THOSE IN THE 9TH CIRCUIT THAT ARE PUSHING INSURRECTION AND JAIL THEM COVID19 PATIENTS!

Sounds like a plan but you are forgetting about voter fraud.

Who are the biggest enemies of America? One would have to be blind, deaf and just plain stupid not to see it is the Democratic Party. Wanting to leave potential virus carriers into our country is the same as leaving in an atomic bomb in potentiality of deaths. These potential virus carriers will secretly travel all over the USA and of course not go for screening lest they be caught. Perfect weapon.

THAT is for sure!

Based on this virus situation; closing the boarders might be in the best interest of the country. With the open boarder policy in California and as a California resident, the boarder should be closed before the virus infection multiplies. I am should that we Californians don’t want to die a horrible death.

Valdez Californians will not “die a horrible death” with the corona virus. Slap yourself hard and pull yourself together. The coronavirus IS NOT THAT LETHAL as the lame stream media would like you to believe. The regular influenza that we get every year kills far more people and nobody bats an eye!. This is a created crisis by the power that be and the Trump-hating media to disrupt the economy in the hopes that the President looks bad and looses (Heaven forbid!!) his re-election bid. The people that are dying are very elderly people and people with compromised immune system, like those with Aids or HIV. The mortality rate from the virus here is between 1 or 2%, very low. Calm down!!

Thank you proudmomoffive. I agree that we’re not likely to see mass death from covid19. That said, to have a judge decide to open our southern border to unvetted and untested ‘asylum seekers’ during a worldwide viral pandemic is tantamount to Reckless Endangerment. The question becomes: why do liberals hate America and our Citizens so badly?

This is about POWER–the dems want the power to rule the population via big government and they want to be in charge of it (deep state). Their intention is to use this as an opportunity to create FEAR, PANIC, and CHAOS so that they can take over and “come to the rescue”. Similar ploy Hitler used in Germany–right out of that playbook. Americans not familiar with world history are doomed to allow it repeated here.

Yes! In response to the ruling the Trump Administration should just close the border. Period. Close all Points of Entry until the Supreme court rules in our favor. Which I think, (or hope) is very likely.

In my Humble Opinion Trump could just close the border entirely and be legally upheld. However…..the biggest issue is that there needs to be a 36 hour review plan for anyone caught entering the US illegally, even if seeking asylum.
A 10 or 20 questions form and a review of the asylum regulations against the answers. If no asylum is allowed from that place or circumstance then immediate bureaucratic repatriation of the illegal alien should take place within those three days. Appeal should be made from the country of patriot, not from within the USA.