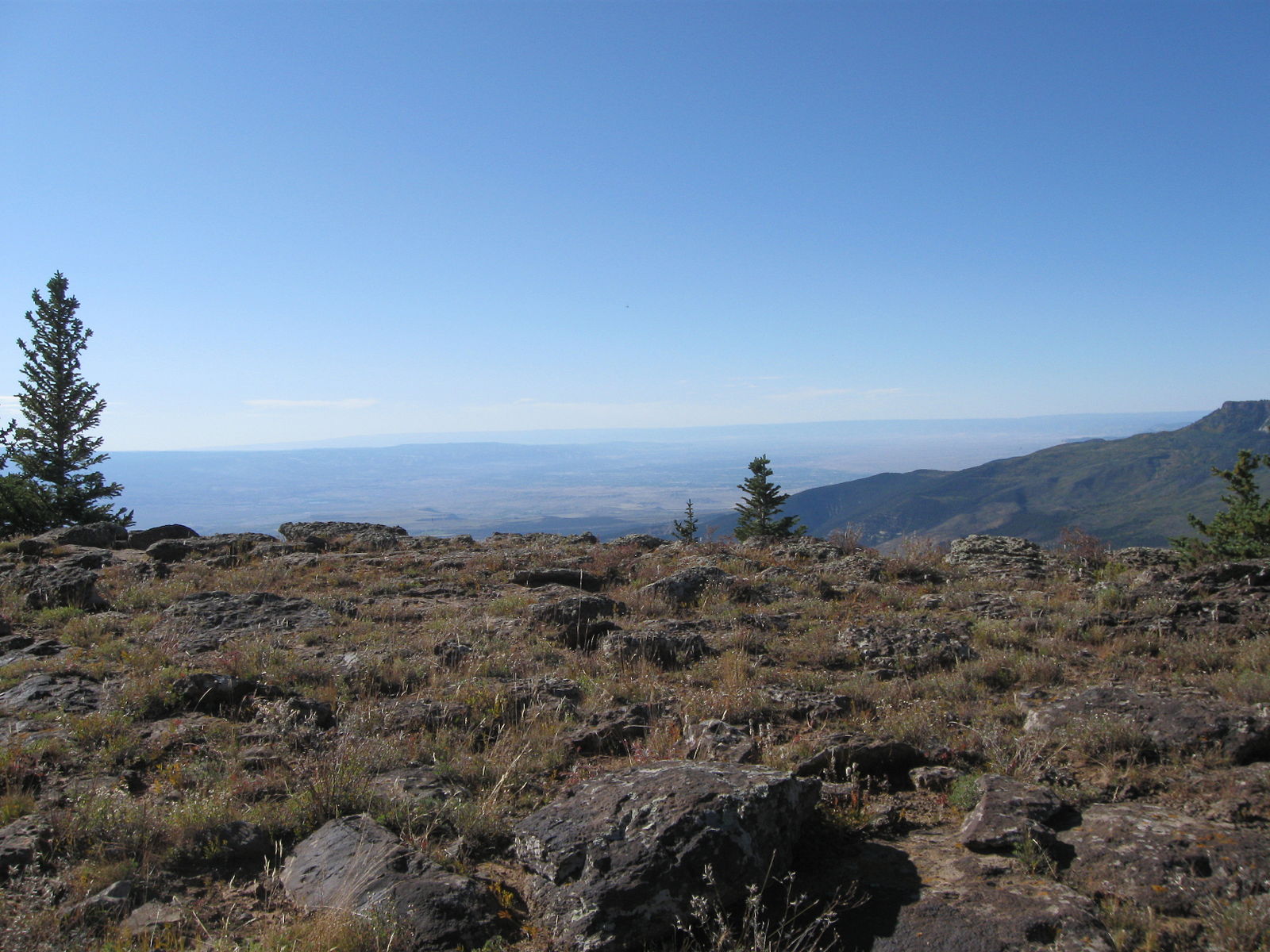 
More than half of the Bureau of Land Management’s Washington, D.C. staff quit their jobs after being told they would be transferred to Colorado and other western states to be closer to the lands they manage.

“New internal numbers from the Interior Department obtained by The Hill show 69 employees have left the agency rather than accept the new assignment. Another 18 left after the plans were announced but before they could be reassigned,” The Hill reports. “Those 87 employees outnumber the 80 who have agreed to the move.”

“The BLM move would uproot nearly all of the agency’s dwindling Washington staff out West, leaving just 61 of 10,000 employees in the nation’s capital,” The Hill reports.

The move is part of a Trump administration initiative to place regulatory agencies closer to the people they are supposed to serve. Most of America’s federal lands are in the western mountains and deserts.

Former top-level BLM employee Steve Ellis bemoaned the agency’s move, complaining it “removes BLM from the sphere of direct influence in the nation’s capital and critically weakens the agency’s ability for career leadership and their staff to collaborate across disciplines and work closely with other key agencies.”

“It will weaken the agency by marginalizing leadership in a relatively small western community,” he added, overlooking the fact those are exactly who know best about federal lands.

“The Trump administration is destroying the Bureau of Land Management by mistreating its staff and politicizing its mission and then lying to Congress and the public about the damage it’s causing. This is what happens when you put fossil fuel industry lobbyists and anti-public lands extremists in charge of government agencies,” complained House Natural Resources Committee Chairman Raul Grijalva, an avowed ecosocialist and advocate for total D.C. control of western lands.

This is the best news I have heard in 70 years. The BLM is a vast cesspool of crooked regulators who care not for western people, and who have not followed the law , but promoted political objectives. Great, beautiful!

Great idea! Clean out the swamp. We probably didn’t need all those employees anyway.

Marti, you read my mind!

Great news!
I hope the next logical step of returning unconstitutional federal lands to the States to manage begins soon.

Carol: You must be hallucinating! The Feds giving land they stole back?

It their no one in DC to manage it, since they all let but 10, this is great news. As long as all the states don’t get greedy.

Not a good idea here in Comiefornia. Asses in charge will sell it off to pay for all the free friggin’ handouts.

You mean for someone like Cuomo to manage in NY??

agreed. Novel idea..work where the the product is..

It is past time to dissolve the BLM. They have only one thing in mind, and that is to cater to the NWO elites. People have been deceived for long enough. A little research goes a long way!!!!!

It’s called, “Winning,” ladies and gentlemen…these people whine more that my kids did when they were 4 years old.

Hopefully they have NO IDEA how to survive in their wildernesses. I do not wish them ill, just hope they quit the governmental work arena, to care for themselves, more than they have taken care of the people they had to swear an oath to serve.

Those would be the people that quit. The ones that agreed to be transferred are more than likely people that got a job there thinking it was an outside kind of employment.

It is about time!!!! He’s cleaning out the swamp!

Cut them back to no mor than two per state that has public lands. Good ridance to all of the rest.

Generally a good idea. I would add that I think every state has public land although in different amounts of acreage.

Perhaps this tactic should be used in all of the agencies. Another way to clean house of the Swamp Bats.

It is/has been employed elsewhere as I recall. This is perhaps the most high-profile instance. As a former Parks employee, I had the distinct hunch our BLM oversight appointees where just there to schmooze the former administration-to become tools of the Cloward-Piven strategy which was being carried out. You saw the most insidious use of BLM in the case of the Nevada Cattleman, which morphed into the killing of another rancher in the woods on a snowy Oregon highway. Somehow swamp just doesn’t cover the FBI cutting down an unarmed rancher. The Texas Governor told BLM to “Stay the hell out of Texas!” There was the case in my state of New Mexico, Otero County Sherrifs ripped down the new signs put up by these BLM thugs to block access for ranchers to their roads home.

There is no more corrupt than a BLM stooge. Besides pelosi, sanders, schumer, axine UGLY waters, etc. The Pecos river has had its fights between the “””natives””” who only speak Spanish and the Anglos buying the land.

Don’t you remember what the BLM did out west? Bundy and his family and putting people’s ranches on Fire. I am not surprised they left. I doubt they would be welcome in the west by people in Harry Reid’s State. Now we will get new people who will do their jobs rather than listen to Harry REID!!!!!! I think this is a great idea then they work the land with the Ranchers. New People new relationships.

I should think a new federal office complex on a closed Navy base on Adak in the Aleutians would be a great location to move deepstaters from EPA, State, DoJ, and others. I believe its time our seat of government was moved away from DC to someplace in the Heartland like St Louis or Kansas City. Turn DC in a museum. Get the freakin Ivy League elites out of thinking that running the country is their exclusive birthright.

I think a great place to move them to is one of our national parks on the border of Commiefornia and Nevada.

Cut them back to no more than two per state that has public lands. Good riddance
to all of the rest.

They’re All Islam Muslims, planted by Obama staff to Destroy the opportunities for American citizens to enjoy the Parks freely .The way that Theodore Roosevelt in tented and Ptotected They hate America! Outstanding job President Trump! !

Absolutely, drain the swamp. Time to do away with direct DC influence.

Perfect. You can’t farm from a desk. Get out there where the land is and do a hands on.

Better yet! Get people “Out There” to fill the jobs! They live there, and know and can go see what needs to be done. Just close more departments! Like the “Education”, what a joke! and several others. Sell off the hundreds of empty buildings we pay to guard and maintain. Please! Let me go help! I’ve been successful for 76 years! Old but good experience, and a Navy “Tin Can” veteran!

Thank You Sir!
You are exactly right!
Go Mr. President!!

Exactly. Get rid of all them America hating Obama criminal thugs.

A good first step in the draining…especially the BLM. Nothing but PITA bullies.

Wonderful news! Get rid of all excess baggage, aka drain the swamp.

My family and I lived out in beautiful New Mexico for two years. In just that short time we became aware that the BLM was the most despised agency in the entire Federal bureaucracy. It corrupts everything it doesn’t steal or destroy, including as noble an institution as the Army Corps of Engineers, when it can.

The fact that half of them left when they learned they’d have to go and do some actual work in their actual field, says it all.

I agree 100%.
They are just more corrupt even than the congress and senate people.
Thank you President Trump.

Have to agree. Bussiness managers are involved with the business and employees hands on. Should be the same with land management!!

The swamp creatures are really getting agitated as the water lowers …. EXPECT MORE OF THESE KINDS OF REACTIONS & STAND STRONG WITH PRES. TRUMP!!

True dat. As a native Coloradan I’ve watched for years the way my beloved home state is tortured by DC know nothings.

BLM, BLM, BLM… Say, ain’t these the same guys that tried to steal all that western grazing land out there, but the people stood up against them. Let’s see… who was that old crook that was trying to pull that? I was thinking Hunter Biden’s dad, but it wasn’t him; Hunter does his stealing in Ukraine, doesn’t he?.
NOW, I remember, it wasn’t Joe Biden, it was Harry Reid; he was trying to grab that land to give to his son’s business. MAN! What’s wrong with these crooked politicians? Haven’t they ever heard of working for a living? That’s what the rest of us do.

Amen. What a great Leader, President Trump is. Reducing a lot of “waste” in Washington and placing the managers close to their designated areas.

Jerry Kooyers and all of you who agree! So GLAD that there are many of you who agree with President Trump. You have all given me an even better perspective of the problem and am so glad to hear this. I have thought since soon after he was elected, that God had His hand on Donald Trump during the campaign and still does to this day. He truly loves this country, loves God, loves his family, and loves us, the American people. Tell me, what one or two other persons in our country, D or R, could accomplish all he has, continue to work on numerous issues, and still deal with this coronavirus all at the same time. God bless this President. Thank, Lord, for sending him to us.

I do not know and don’t claim to, but, I would think that having the people managing wildlife and the country they live in close to where that happens is a good thing. How can you manage what you are clueless about?

Ask Hunter Biden! He got paid $50,000/month when he couldn’t speak their language, and knew nothing about the company!

I agree with Jerry, For years now The Bureaucrats in DC have stolen more and more lands from Farmers and Ranchers out west, And more and more uneccasay regulations This move should help.

A hangman’s rope would ‘help’ more.