As I mentioned in an earlier article about U.S. Forces training in the Black Sea, last week Russian President Vladimir Putin called for a series of nationwide “snap military readiness” drills which lasted until this past Tuesday. These unexpected maneuvers are one of the largest in recent memory, surpassed only by the truly enormous Russian military exercises held in September 2018.

The question is why now?

The 2018 Russian drills also included Chinese military units for the first time, which is the subject of a whole different analysis. Regardless, these current exercises are still massive and dwarf recent U.S. and NATO training operations, especially those reduced due to COVID-19 – such as DEFENDER-Europe 20.

The just-completed Russian maneuvers reportedly involved mostly ground forces based in Russia’s southwest, but Military.com noted that “airborne units and some other forces across Russia” were to participate. Russian naval forces also conducted drills in the Black Sea and the Caspian Sea. While Russian Marine units from the Far North and the Pacific were also reportedly called up.

Newsweek reported that these Russian drills including the “Southern Military District, which borders the Black Sea and includes the Crimean Peninsula” and specifically involved “Ropucha-class landing ships Caesar Kunikov and  Novocherkassk of the Black Sea Fleet” which “carried troops Monday to practice storming the shore at the Opuk training ground in Crimea as Sukhoi Su-24 bombers offered air support.”

Vice Admiral Viktor Liina, Deputy Chief of the General Staff of the Russian military, described these maneuvers in a press release, according to Newsweek:

The bilateral exercise at the Opuk interspecific training ground with the development of anti-amphibious defense and amphibious operations is the culmination of measures to check the combat readiness of the Black Sea Fleet formations.

Military.com provided some general background to these drills:

Russia has expanded the scope of its military drills in recent years amid bitter tensions with the West. Relations plummeted to post-Cold War lows after Russia’s 2014 annexation of Ukraine’s Crimean Peninsula, and the Kremlin described NATO’s drills near Russian borders as a demonstration of the alliance’s hostile intentions.

And this is all true, but it doesn’t explain – why now? And why the drills mostly in certain regions of the Russian Southwest and Far East?

Some see the recent, large and significant anti-Putin protests in the Far Eastern Khabarovsk region of Russia as one motive for the drills, especially with units in the East and Pacific. Meanwhile, the current U.S. and NATO support for Ukraine and calls to expand U.S. air combat capabilities in Romania are also seen as factors (RELATED: U.S. Air Force Plans to Counter Russia by Upgrading Airbase in Romania).

Other analysts point to escalating tensions between two former Soviet republics, Azerbaijan and Armenia, where Russia would be expected to back Armenia. However, the Kremlin strongly dismissed this connection. According to Public Radio of Armenia, quoting TASS, Russian Deputy Defense Minister Alexander Fomin told reporters that:

The snap combat readiness drills of Russia’s Armed Forces are being held as scheduled and are preparations for the Kavkaz-2020 military exercise, and thus have no connection with the escalation between Azerbaijan and Armenia…These checks are being conducted as planned and are a major part of preparations for the Kavkaz-2020 (Caucasus-2020) strategic command and staff exercise.

Most likely Putin launched these snap military drills for a variety of reasons, including “all of the above.” Whatever his motives, they could demonstrate his growing domestic and external concerns, as well as Russia’s significant military capabilities. Either way, Russia remains a threat to the West. 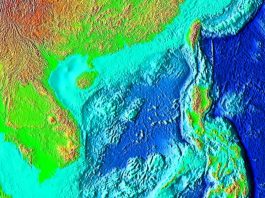 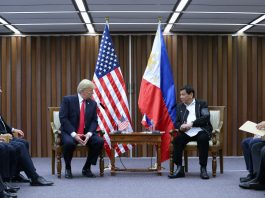 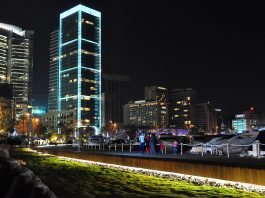 I think that a lot of nations think when the economy collapses they have their eyeballs on the US ready to pick at the bones like vultures. This includes Russia China and combined Arab nations.