Court Bans Airport Construction Because It Would Emit CO2 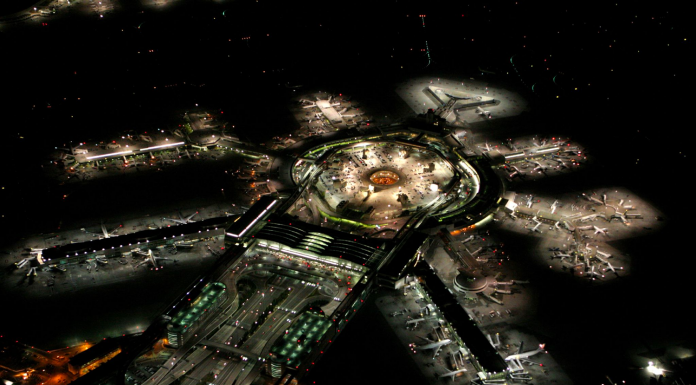 A British court blocked construction of an additional airport at London’s busy Heathrow Airport, on the grounds airplanes emit carbon dioxide, and the project would violate the United Nations’ “Paris Climate Agreement.”

The radical leftist group “Extinction Rebellion” praised the ruling and lambasted airport officials.  Environmentalists have tried to forcibly shut down the airport by flying drones at aircraft, forcing officials to ground flights to avoid fatal collisions.

“The court just found that your current policy on airport expansion was incompatible with the commitments you made in Paris,” it said. “There is no way to expand Heathrow and meet those commitments. You should say it, show leadership and that you take responsibility of government seriously.”

Such rulings could soon come to the United States, placing Americans under the control of the United Nations.

Every leading candidate for the Democratic presidential nomination wants to put the U.S. back in the Paris agreement.  Former Vice President Joe Biden “will not only recommit the United States to the Paris Agreement on climate change – he will go much further than that,” his campaign vows.

They are joined by around two dozen Republican senators and representatives who are members of a “Bipartisan Climate Solutions Caucus.” The congressional group, organized by two far-left Soros-funded groups, the “Citizens’ Climate Lobby’ and the “Friends Committee on National Legislation,” seeks to restore the Obama administration’s signature on the U.N. document.

Caucus members “ agreed to sign a letter urging Trump to keep the U.S. in the popular, nonbinding accord,” the leftist group “Think Progress” reported in 2017.

The group is also pushing a radical “carbon dividends” program which seeks massive federal taxes on energy intended to force Americans to use less electricity.  Realizing price-hiking energy taxes are unpopular, the scheme then redistributes the taxed money to Americans as “dividend checks,” giving voters the opportunity to loot U.S. companies in the name of “environmentalism.”

Along with the numerous Republicans in the “Climate Caucus,” leftist groups and activists are bankrolling at least 12 new organizations that call themselves “conservative” or “free market,” and are pushing ecosocialism as “market solutions” to “climate change.”

Despite a U.S. official’s warning that Washington was considering a response to the shipment, the first of five Iranian tankers carrying illicit fuel for...
Read more

ATF Chief Nominee Steps Down Amid Outrage From Gun Owners

Michael Brigham - May 28, 2020 1
The Trump administration suddenly withdrew the nomination of Chuck Canterbury to head the Bureau of Alcohol, Tobacco, Firearms and Explosives after gun owners pounded...

Liberals May Ban Companies From Reopening If They Can’t Meet Climate...