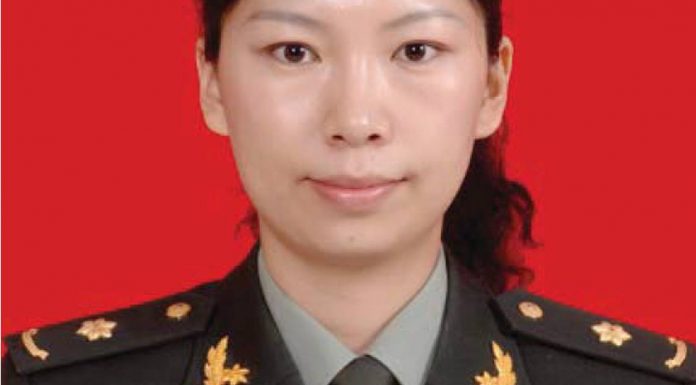 Following the State Department’s closing of China’s “spy center” consulate in Houston, a Chinese spy is reportedly now hiding in the Chinese Consulate in San Francisco. She is part of a much bigger Chinese spying effort.

As part of the FBI’s ongoing crackdown on the overwhelming number of Chinese spies in the U.S., Tang Juan, a Chinese scientist at UC-Davis was identified as tied to Chinese military intelligence.

She is accused of lying on her research visa by concealing her ties to the Chinese military, according to court filings reported by Time. After she was interviewed by the FBI she fled to the consulate where she is now hiding.

Axios earlier reported that “Tang Juan came to the U.S. on a J-1 visa and was a researcher at the University of California, Davis.” It further explained that on her visa application as part of her academic exchange program, Tang stated that she did not have any affiliation with the People’s Liberation Army (PLA).

However, an FBI investigation and search of her home revealed that she worked at the Air Force Military Medical University (FMMU), a PLA-affiliated university in China, and is considered active Chinese military.

“We made the Chinese government aware that she is a charged individual, so it is unquestionable that they know the defendant is a fugitive from Justice,” a Department of Justice official told Axios. Because of this, Time reported, prosecutors say this case demonstrates that the Chinese consulate in San Francisco now “provides a potential safe harbor for a PLA official intent on avoiding prosecution in the United States.”

Accused Chinese academic spies in the U.S. face up to 10 years in prison and a $250,000 fine if convicted, according to the Justice Department (DOJ), reported the Sacramento Bee, adding that DOJ has investigated Chinese citizens suspected of undeclared ties to the Chinese military in more than 25 cities nationwide.

Time added that prosecutors said this spying case “appears to be part of a program conducted by the [Chinese army] … to send military scientists to the United States on false pretenses.”

Court filings show a much wider Chinese espionage effort, noting cases of three other Chinese operatives hiding their ties with the Chinese military to enter the U.S., with Time noting at least one “military scientist copying or stealing information from American institutions at the direction of military superiors in China.”

These cases are only the tip of the massive iceberg of Chinese espionage in the U.S. – senior counterintelligence officials have been highlighting the threat for years. Finally, the U.S. government is taking a decisive and forceful approach to rooting out clandestine Chinese operatives nationwide.

The question remains though, how U.S. officials will handle Chinese diplomatic posts in American cities hiding Chinese spies not under diplomatic cover and criminal fugitives fleeing from U.S. justice.

A massive explosion rocked Beirut, the capital city of Lebanon, on Tuesday sending shock waves rippling through the city. The detonation killed at least...
Read more

QUESTION: WHAT WILL HAPPEN TO AMERICANS TEACHING ENGLISH IN CHINESE SCHOOLS?

They are there out of GREED and by extension TREASON Collaborating with the enemy I feel no pity for those who put themselves before country!!!

I suggest you look up the definition of treason.

The dumb Americans think they are educating Chinese to love and respect the USA when it’s the direct opposite that is the result. President Trump much to his regret learned the hard way with both China and N Korea that the Commies just cannot be trusted and will stick a knife in your back without a second thought. Can a leopard change its spots?

The US should sever all ties with China. That includes Tourists, students and researchers. They have nothing to offer the US! They are only here to steal our intellectual property and sow discord among our youth! The entire World should give China the cold shoulder. That is the only way to hurt them.

Send them ALL back to china. They are so smart let them go to their own colleges. They are stealing everything in sight with the help of colleges selling it to them and the Clintons too. What do these fools think is going to happen if and when china takes over. Bullet to back of head.

Margie
Reply to  Pissed Off American

Let’s not forget that Dianne Feinstein had a Chinese National sending information “home” from the US for ten years.

He was her limousine driver for 20 years before the FBI notified her she was harboring a spy, weren’t they SO NICE….

steveo
Reply to  Pissed Off American

remember trump tried that with the schools that only had online courses and was soundly met with fierce objections by colleges and big business.this was just recently

I worked in the aerospace sector in the 1980s and witnessed Chinese treachery back then and it has grown since. Clinton was letting Chinese work in Los Alamos which is our nuclear weapons technology center. The treason being displayed in our country is overwhelming.

And isn’t it funny how all of this treachery happens on the democrat’s watch? Kinda makes you want to go right out and vote for a democrat, don’t it??? NOT! I’ll take Donald Trump ANY-DAY over these country-hating democrat/liberal/socialist/communist/marxists!

This spy should immediately be arrested and incarcerated!

The firing squad would be too good for her! Hang her high and dry!

Industrial espionage is not a capital crime. But she could get 10 years in prison.

That is what she deserves.

The Chinese spy driving Diane Feinstein around for 20+ years, and listening/recording to her private conversations
and Obama and James Comey allows him to flee

Simple solution: close the San Francisco consulate. What will they do – burn fugitive Tang along with the papers?

Why give them a chance to destroy secret documents? The authorities should launch surprise raids at all Chinese consulates and catch them red-handed.

That would be a BEST solution.

Bar all Chinese nationals from studying and working at US universities.

My understanding from another article is that this spy has been taken into US custody.

Put stronger restriction on all incoming visas from china and close all chinese council until they start behaving better, stop all influx of students ,actuall they spies and help our farmers get market outsisde china,they are enemy of this country,no moore b.s. from them. let start acting like warriors no whiimpe

The CCD has spies everywhere! I would imagine they are within all our intelligence agencies, DOD NASA, etc… I bet ya most of them are true American citizens!

I don’t understand the logical thinking of our politicians to even think of allowing foreigners to study in the U.S., especially the Chinese who is our enemy. Mf’in stupid idiots. You are educating the enemy, exposing our technology secrets that one day they WILL USE IT AGAINST US!!! They are communists idiots. YOU CANNOT CHANGE THEIR IDEOLOGIES!!! Dumbfuqk politicians.

we need to go in, take this spy, and execute her….

I say let’s order ALL Chinese Embassies in the USA CLOSED and end all diplomatic envoys. Order all US citizens home from China and begin an embargo on all goods by raising import duties. Allow the sales and Mfg from China to continue but make them PAY heavily through import duties.
My guess is that under international law and treaty that the Chinese have committed international crimes in the USA and this should be dealt with in an international court.
Specifically, unless and until each person who was a military spy in the US is turned over for prosecution the Chinese Embassy should be SHUT.

I forgot to mention, the FBI agents that interviewed this spy and DID NOT ARREST AND HOLD HER WITH SUSPICION OF ESPIONAGE beed to be TERMINATED and lose their pensions.

The only answer to China that makes sense is to shun them by world-wide action, make sanctions on all countries that won’t honor that need (after all, China DID just attempt to destroy the economies of all nations outside of themselves, with the full intent of taking over the world as being “theirs”). Never forget the bio-weapon that they developed with Globalist “help” and unleashed on the world while lying about it all along. China MUST be shunned and cut off from all of Humanity, until they are cleaned out by their own people, IF they ever are. They are NOT worthy of Human notice as they are now. I believe that we SHOULD protect and divide Hong Kong and Taiwan from them as a part of their shunning.

The democrat wh0re is in prison now!!!

Wow! This site now has a communist China speech checker! We are losing our country fast.

AAN Staff - August 6, 2020 8
Project Veritas' James O'Keefe has never been convicted of a felony. He's never done anything that should impede his right to keep and bear...