The Top 10 Wildest Videos From the South African Riots 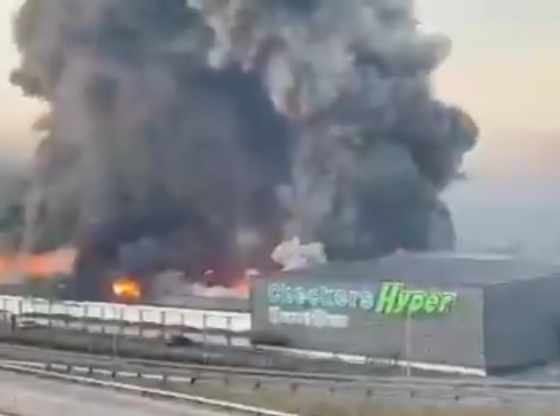 After the allegedly corrupt former South African president, Jacob Zuma was arrested, an extreme wave of violence and looting was sparked within the country.

Massive mobs have now targeted shopping malls, factories, and warehouses with many residents forced to arm themselves and organize into neighborhood militias in order to keep the mobs of looters and criminals from overwhelming their neighborhoods.

Here are some of the wildest and most insane footage from South Africa’s past week of looting, murder, and chaos:

Firstly Zuma never threatened us White People. He is just like all Politicians, he took bribes. But unlike the one in “Power” at the moment, he loves the land and is against the NWO. The one in power is a globalist puppet who has enriched himself to destroy South Africa which is rich in mineral wealth. He is a money Prostitute and will do anything including selling our Country to teh CCP and whoever else pad him. He knew darn well that putting Zuma in jail without a fair trial would create a Zula uprising which was then infiltrated by planned looters from all over some arriving in luxury vehicles As in USA, those who know too much are incarcerated. But CR didn’t get the desired effect. We are all united as never before , regardless of race, colour or creed. And we shall rebuild! In God we trust, not communism