Iran Challenges Biden with Rocket Attack in Iraq – How Will He Respond? 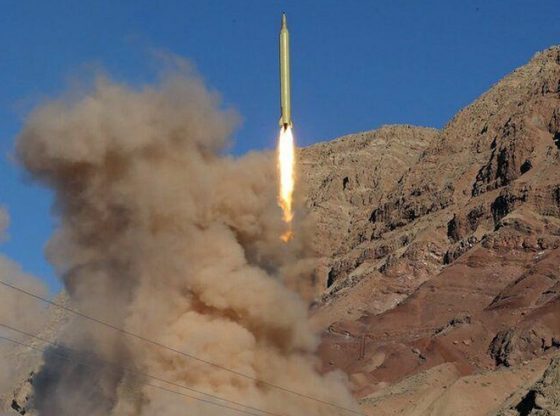 ANALYSIS – Communist China and Russia aren’t the only adversaries challenging President Biden in his first weeks in office, now add Revolutionary Iran to the mix. Monday night, two dozen rockets were fired at a U.S. military base at Erbil International Airport, in the capital of the semi-autonomous Kurdistan Region of Iraq.

Most experts believe the attack was launched by an Iran-backed militia as a test for Biden. The rockets wounded an American soldier, killed one non-U.S. contractor, and wounded five others. The Mullahs and Islamic Revolutionary Guard Corps (IRGC) in Iran, and as importantly, America’s regional Arab allies, and Israel are awaiting Biden’s response.


Iran’s leaders have been champing at the bit to retaliate for former President Trump’s bold strike against its terror master, Qassem Soleimani in January 2020. However, they prudently waited until Trump was out of office before testing the waters for escalation.

With Team Biden eagerly trying to re-engage Iran to restart the failed Obama-Biden 2015 nuclear deal, this test takes on even greater importance.

So far, Biden has been cautious. On Tuesday, White House Press Secretary Jen Psaki stated that the U.S. reserves “the right to respond at a time and manner of our choosing but we’ll wait for the attribution to be concluded first.” To many that sounds like an excuse for inaction. And that could mean a quick escalation by Iran.

As Michael Knights writes in Politico:

…the Erbil attack will not mark the end of militia provocations against the Biden administration but rather the beginning. This dynamic has to be quickly reversed before Americans are killed and maimed, before the U.S. is drawn into retaliatory actions, or before U.S. credibility takes a new hit in the eyes of our allies and partners in the region.

Knights adds that, based on his experience laying blame is not very difficult in this case:

As someone who has been at the heart of dozens of similar intelligence exercises, I know it is not difficult to tell who did the attack: Many factors suggest with high confidence that it was Asa’ib Ahl al-Haq (AAH), a U.S.-designated terrorist group with gallons of U.S. blood on its hands from the years before the U.S. withdrawal from Iraq in 2011.

Even if Iran didn’t direct AAH to launch the attack, it would have been in the position to block it. Regardless, it is now a visible test, and Biden must respond. So, what should Biden do? Knights suggests:

A smart move would be to directly warn Tehran that the U.S. expects Iran to restrain all its proxies from taking destabilizing moves such as the Erbil attack or the January 23 drone attack on the Saudi Arabian capital of Riyadh, which was also launched from Iraq. Such a message would alert the Islamic Revolutionary Guard Corps (IRGC) that America is not fooled by facades, but rather remains clear-eyed about Tehran’s influence over anti-American militias.

In particular, the Biden team should publicly warn Iran that if another American is killed or wounded in Iraq or elsewhere in the Gulf, then the Biden administration will suspend efforts to restart nuclear negotiations.

However, any direct warning must be followed by a direct response if the warning is ignored. That is exactly what Trump did with his strike against Soleimani. And the message was clearly received.

Easy answer. He would pay out more bribes in cash like Obama did. And still get us in deep shit

He will do nothing to stop it only make it easier for them.

I’m afraid you’re right! The great appeasers! Tell us about being an appeaser, Chamberlain.

I agree he would wussie out give them more money like obummer and prolly apologize for making them bomb us. We are in for a load of crap. They’ll be coming at us from everywhere now!

He would probably send them more rockets so they could try again.

Iran is scaring Joe Biden on bowing down to Iran.