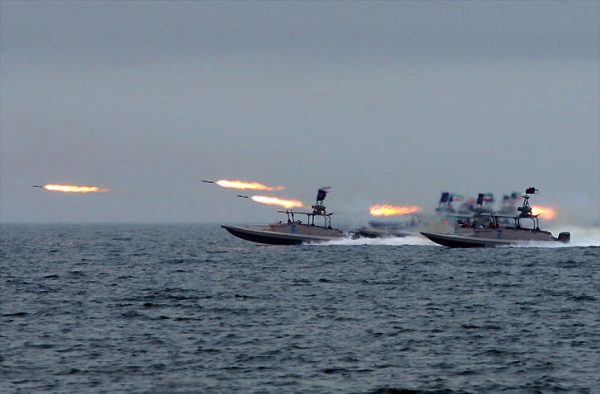 Even as President Joe Biden demonstrates a more critical view of the U.S.-Saudi relationship and talks about re-engaging Iran diplomatically after three years of President Trump’s ‘maximum pressure’ strategy, the Pentagon continues to prepare for a potential conflict with Iran. As part of these preparations, the U.S. military is again expanding its ability to operate from Saudi Arabia.

After the first Gulf War in 1991, U.S. forces drew down from Saudi Arabia and redeployed forward and eastward throughout the Gulf to the smaller Arab emirates such as Kuwait, Bahrain, the United Arab Emirates (UAE) and Qatar. But now, as notes Defense One, those bases have become increasingly vulnerable, especially as Iran’s ballistic missiles have improved in recent years.

As Defense One reminds us, in its 2019 attack on a Saudi oil refinery:

So now, the Pentagon’s Middle Eastern ‘Central Command,’ (CENTCOM) – led by Marine Corps General Frank McKenzie – is exploring a preliminary arrangement with Riyadh to use various air bases and seaports in the country’s western regions, less vulnerable to Iranian attacks.

These facilities – one commercial port and one industrial port in Yanbu and airfields in Tabuk and Taif – would allow U.S. forces to enter the region from the west, farther from Iranian missiles, and serve as ‘lily pads’ to launch assaults eastward toward Iran.

Defense One quotes Gen. Mckenzie as saying that:

The Arabian Gulf would be contested waters under any scenario of armed conflict with Iran, so you look at the places where you would move your forces as they enter the theater from being in a contested area. Certainly, the Red Sea, the western [part] of the Arabian Peninsula presents those opportunities.

This Saudi initiative has been underway for at least a year, notes Katie Bo Williams at Defense One. And while still tentative, it signals that even as the Biden administration has sought to take a tougher line on Riyadh due to human rights, and a softer one on Iran to re-engage on the failed 2015 nuclear deal, U.S.-Saudi military ties continue to deepen to counter Tehran.

In doing so the Pentagon is promoting operational flexibility, resilience, and robustness – to allow the command options to take more damage and keep fighting. As McKenzie explains that “means you increase the number of bases you can operate from so if you’re hit you can take that hit, shift to another location and still be able to operate.”

The question is, how will Biden’s stated plans to pull back from Saudi Arabia, and re-engage with Iran, mesh with the Pentagon’s plans and views that increasingly appear to contemplate a real shooting war with Tehran?

Biden will lay on his back, and force our country to do the same, exposing us and making us more vulnerable to attacks than ever.

The best news: I woke up this morning, one day closer to the Rapture!

today’s defense chief is a wimp….

I’ve been saying that all along, but these jerks wanted him in. And they wanted the backbone out of this country. Trump was handling this country just right. He was using the motto don’t tread on me.

America is ready, the Pentagon isn’t it never was. All those sniveling, creeps know is “who will fund my next war?” The military has more down to earth ways and thoughts like Biden isn’t my Commander In Chief.

We will only be fighting our own people here or the Chinese insurgents who fill the collages and the government ans antifa.