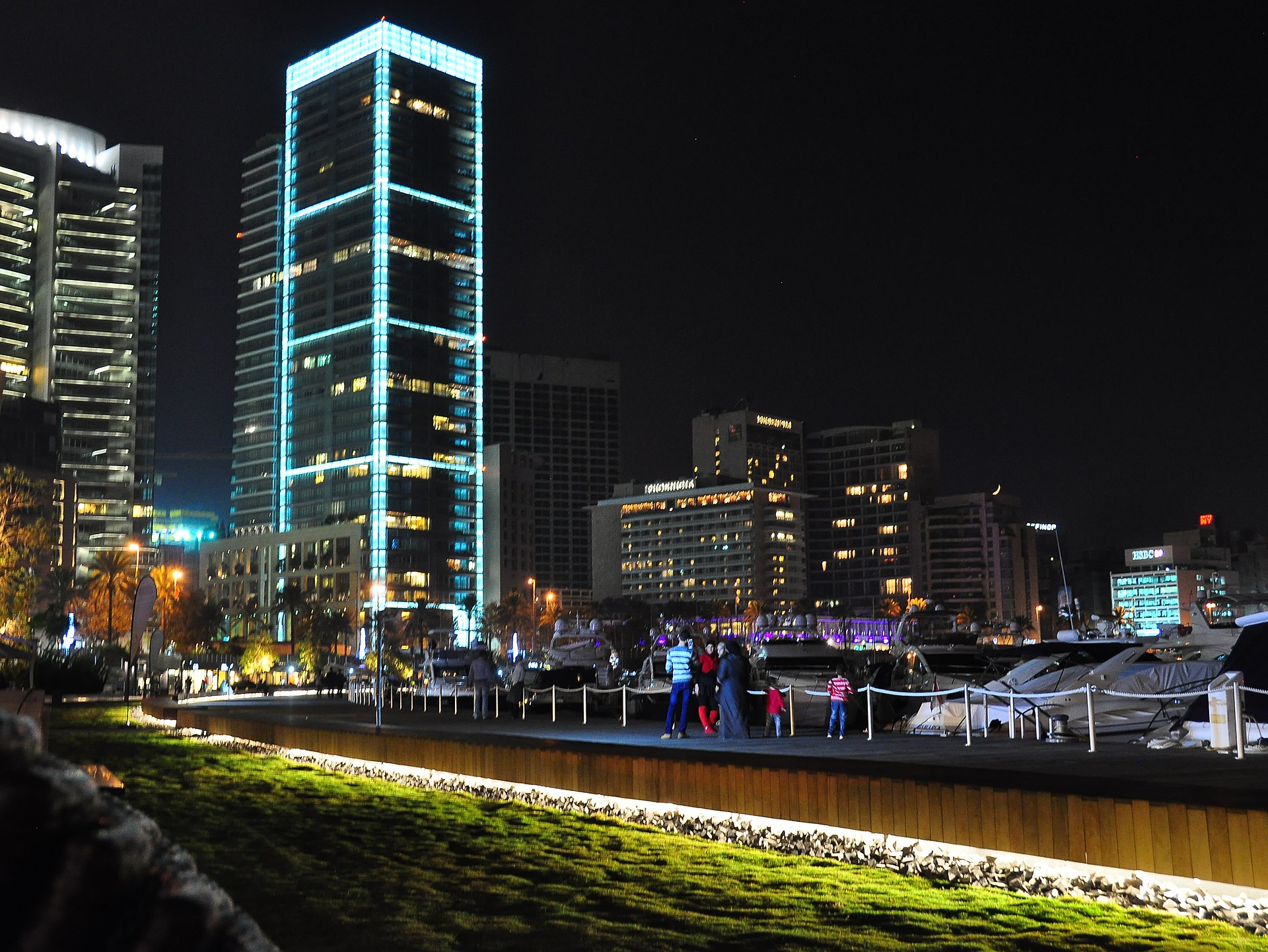 A massive explosion rocked Beirut, the capital city of Lebanon, on Tuesday sending shock waves rippling through the city. The detonation killed at least 100 people and further injured 4,000, according to the country’s health minister. Those figures are likely to rise.

The explosion was caught on video from multiple angles and is genuinely terrifying:

Another angle of the blast
pic.twitter.com/aGmyk8oA5b

There are reports the blast happened at Hangar 12 at the Port of Beirut, where authorities had allegedly stored substantial quantities of ammonium nitrate after salvaging it from a cargo ship six years ago.

BBC Syria producer Riam Dalati tweeted details of a supposed audio message from the wife of an official who said the explosion was inevitably going to happen.

She quotes her husband as having told her what the health and safety report said at the time.
Unfortunately, our entire harbour is on fire, so I don’t think an independent verification can authenticate the ongoing NaNo3 salvage narrative.

I have no words. Please keep Beirut in your prayers.

The damage to the city of 1.5 million appears to be extensive:

Windows were blown out of buildings up to six miles away.

Here’s a video of the Beirut explosion from a long distance away. It shifted the clouds. Turn your sound on and wait for the shockwave to hit. pic.twitter.com/N96583ucrR

The ultimate cause of the blast has not yet been confirmed. An official investigation is underway.

UPDATE: Here is the latest information as of Wednesday morning from Lebanon’s interior minister. (ABC News)

Interior Minister Mohammed Fahmi told a local TV station that it appeared the blast was caused by the detonation of more than 2,700 tons of ammonium nitrate that had been stored in a warehouse at the dock ever since it was confiscated from a cargo ship in 2014. Witnesses reported seeing an orange cloud like that which appears when toxic nitrogen dioxide gas is released after an explosion involving nitrates.

The explosion came amid ongoing tensions between Israel and the Hezbollah military group on Lebanon’s southern border. Many residents reported hearing planes overhead just before the blast, fueling rumors of an attack, though Israeli military overflights are common.

An Israeli government official said Israel “had nothing to do” with the blast. He spoke on condition of anonymity because he was not authorized to discuss the matter with the news media. Israeli officials usually do not comment on “foreign reports.” The Israeli government offered emergency assistance through international intermediaries.

Warehouse, storing…”fireworks”????
This amount of damage, looks more like larger munitions
….than just “fireworks”. At least that’s my impression.

How’s it going Scott? Keep up the good work!

You are correct, black powder used in fireworks is a rather anemic explosive. The devastation was too extensive to be fireworks.

Reports indicate that there was a large warehouse at the docks near the first incident that was storing large quatity of ammonium nitrate salvaged from a ship.

2,700 TONs of Ammonium Nitrate (red clouds) from ship. Oklahoma City Federal building (McVey) was less than a ton (estimate 3/4 ton). Let your imagination do the math.

There was white smoke pouring out a while ….before the explosion.

I’m sad that it didn’t level the city.
Better luck next time.

It leveled a goo part of that city. Look at what has destroyed Beruit? The Christians and Muslims lived in peace for decades. So who started the violence? The MUSLIMS did. Who always starts the violence THE MUSLIMS.

That shape is simuler to a-bonb

Thank you. I said the same thing