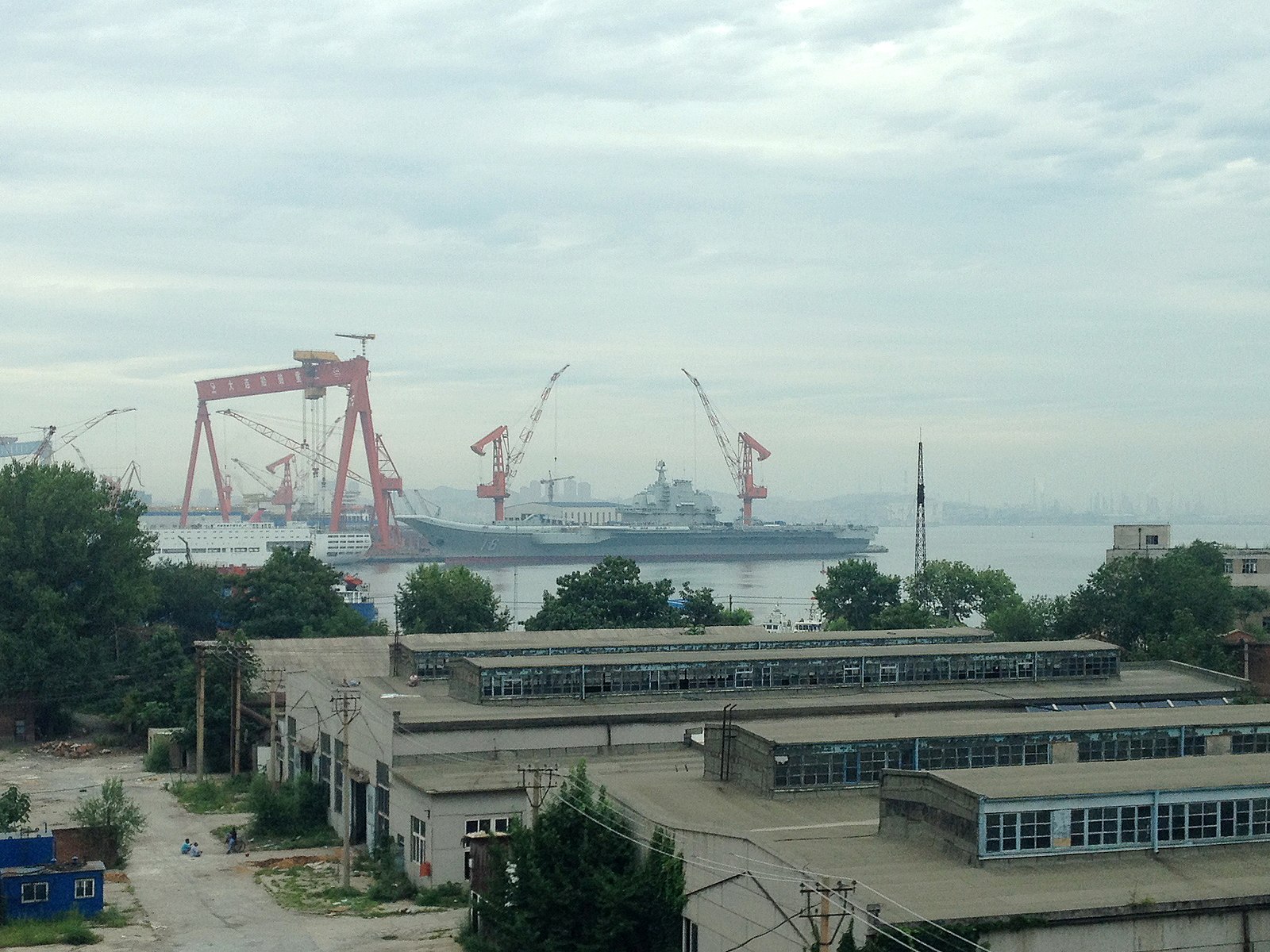 This past weekend China’s People’s Liberation Army Navy (PLAN) deployed its first and only operational aircraft carrier, the Liaoning, along with two guided-missile destroyers, two guided-missile frigates and an auxiliary ship into the Pacific and conducted drills near Taiwan. While some questioned the value of this “show of force,” especially due to the Liaoning’s limited capabilities, China’s aim is more strategic than operational.

With the USS Theodore Roosevelt very publicly sidelined in Guam, China deploying this “carrier strike force” was meant to send a message: “China is here. The US is not.”

It is also intended to vividly reinforce the Chinese Communist Party’s (CCP) current overarching propaganda theme that China conquered its coronavirus outbreak, while the U.S. has not – especially within its Navy.

CNN amplified the CCP message when it essentially parroted the PLA’s English language website saying that “the Chinese carrier was carrying out this operation while four US Navy aircraft carriers — the USS Theodore Roosevelt, the USS Ronald Reagan, the USS Carl Vinson and the USS Nimitz — have reported cases of coronavirus, crimping their operations.”

The PLA Navy has no such issues, Chinese military experts told China’s Global Times. “Through the voyage, the Liaoning showed that the …(PLA) has done a great job in the epidemic prevention and control work and COVID-19 epidemic has not had an impact on its deployment and operations…” the story cited by CNN says, quoting Xu Guangyu, a senior Chinese government adviser.

Xu added, “It showed that the PLA can dispatch troops stationed anywhere at any time, with the troops always maintaining vigorous combat capabilities. The Chinese people can always count on them.”

Meanwhile, according to a report in US Naval Institute News, while the Harry S. Truman Carrier Strike Group (CSG) completed two long, back-to-back deployments, it will remain at sea off the U.S. East Coast. This is a preventive measure to keep the crew from contracting COVID-19, and to be ready for other missions if needed. The Truman CSG is now the only on-call carrier strike group on the East Coast.

Despite all these developments, CNN reported that senior US military officials have strongly pushed back on any notion that the US military is not prepared. “I don’t want anyone out there in the world to think that somehow the US military’s readiness is significantly degraded. It is not,” said U.S. General Mark Milley, chairman of the Joint Chiefs of Staff.

While America’s adversaries would be well advised to heed the General’s warnings, sadly, China may be winning this current battle in the “aircraft carrier information war.”

Sydney Watson: I Don’t Trust the Media and Neither Should You
Court Rules Against Epstein Accuser

The more the media promote China against the US the more subversive that is.
It seems that FBI Raids won’t be necessary to take the lying caboodle into custody for prosecution as domestic terrorists, Chief of the Joint Chiefs Milley will be handling it along with Director Esper of the Pentagon.
Any way they go is a good way for us so we can have some Truth News – viewers of the media are going to find out what it’s like to be sabotaged, only not with lies but with Truth – they will be confused.

Do the Chinese know something we don’t??? Do they really believe they can thumb their noses at us and a president like Trump will not respond by pulling the plug on COMMERCE. Maybe they are taking orders from the elite ONE WORLD ORDER too. Let’s just hope that Trump can stand again and shut down their economy by shutting down all that junk being shipped to us.

Food for thought: Was this pandemic released by China intentionally to weaken our military, economy and national defense? Their quick response to fill the vacuum of our missing Pacific naval presence is very obvious.

I think the COVID-19 virus was engineered to have a high human contagion capability by China using a relatively harmless bug and tested it upon their own people and the rest of the world. Next, they might try to put that capability into a deadly bug and spread it here and in Europe after they develop a vaccine against it for their own people.

I know it’s being called a conspiracy theory that COVID-19 came from a bio lab but I for one believe it. The CCP blamed the disgusting wet markets in Wuhan but there are also 2 bio labs located there. Why were they doing research on this particular virus? It looks like it escaped by accident or was it a mistake? Why didn’t they do more to contain it? Why withhold information? Why allow travel to continue? If, you really wanted to contain and stop the spread wouldn’t you have done all this? On the other hand, if you wanted this to spread to other countries, especially the US, you would allow travel to continue and withhold information! China ?? is guilty of biowarfare and they know it!

China has admitted it now, published an article in the Daily Mail (UK), in which they name names, that it was given them along with 3.7 million in grants, the program to develop it in Wuhan was run by Dr Faucci and was financed by Gates Foundation and Obama admin in 2012 thru 2017. They are trying to say it was OUR virus while admitting it — kinda funny. I guess Xi Jinping does noit understand that we have different administrations here, are not a single dictator for life like HE is…. Actually by that admission, China has given the check mate weapon to Trump, who was meant to be his target.