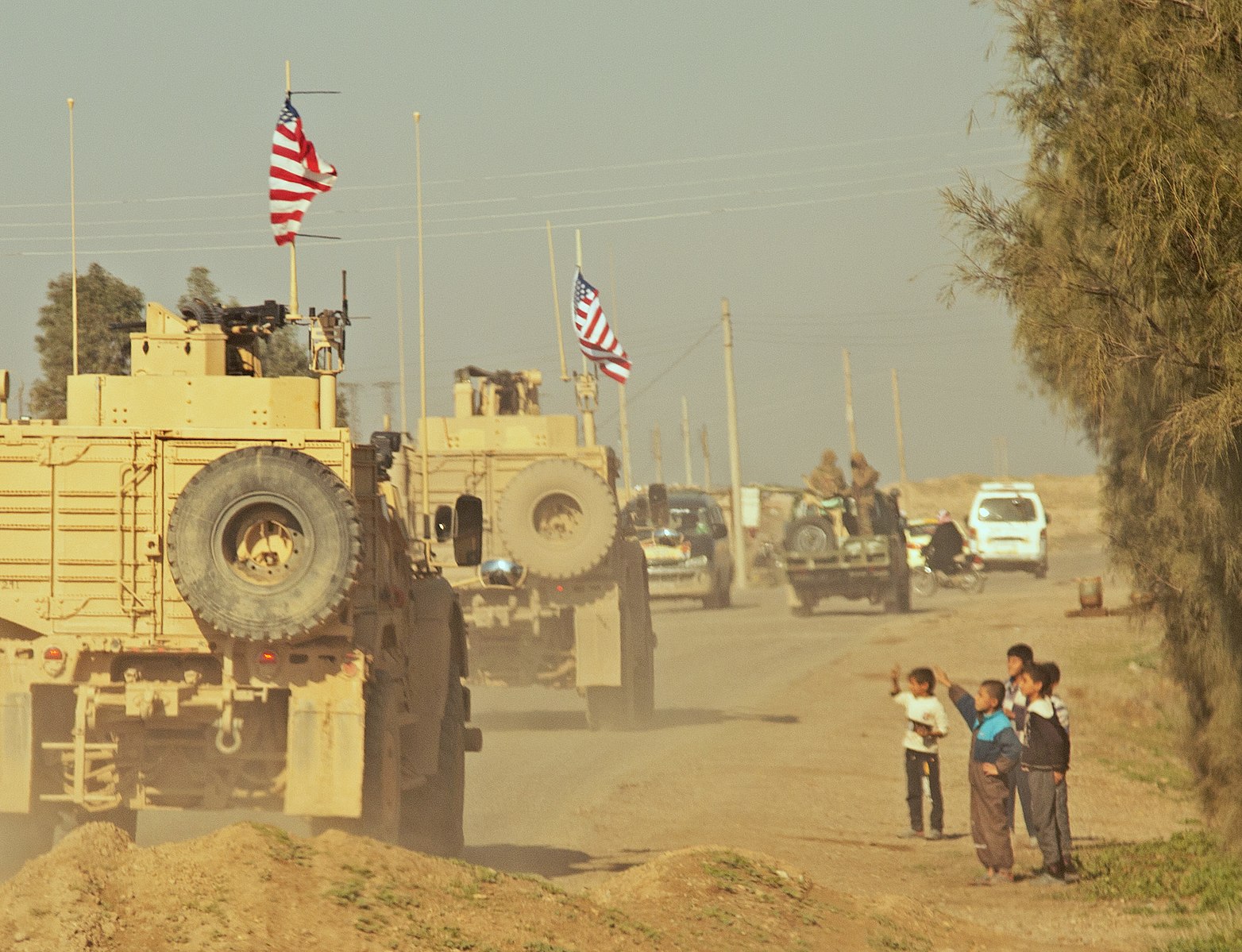 Following a series of Russian provocations in recent weeks, a U.S. Army Mine Resistant Ambush Protected (MRAP) vehicle was filmed on February 19th aggressively running a Russian police or military vehicle off the road in Syria near the Turkish border. While some inaccurately reported it as a “road rage” incident, it was an inevitable reaction to months of Russian pressuring and testing U.S. forces.

It is also an example of how Russian provocations could quickly escalate into open conflict with U.S. forces.

In this latest case, the Russian vehicle aggressively and recklessly tried to pass the U.S. Army convoy, inserting itself within the convoy at times, prior to the U.S. vehicle forcing it off the road. The Russian actions violate agreements between the U.S. and Russia to avoid contact and steer clear of each other in Syria but have become a common tactic employed by Russia.

The U.S. has a relatively small military force in Syria, mostly positioned in the northeast to protect the oil fields.

Russian troops have increasingly had other clashes with U.S. forces on highways in Syria, and Russian helicopters have been “buzzing” American troops on the ground. Most seriously, an American-led convoy came under attack and exchanged fire with forces at a checkpoint loyal to President Bashar al-Assad, who is backed by Russia. More skirmishes should be expected as Russia continues to test U.S. resolve.

According to the NYT, “American officials say these actions by Russian personnel and their Syrian allies are devised to present a constant set of challenges, probes and encroachments to slowly create new facts on the ground and make the U.S. military presence there more tenuous.”

While the Russians hope to avoid a direct confrontation with American troops that could risk escalation, Russia and its local allies will probably continue this low-level campaign of minor challenges to make President Trump decide to pull out completely.

As Charles R. Lister, a senior fellow at the Middle East Institute said to the NYT, “A few random, unpredictable clashes or run-ins … could easily get onto Trump’s radar and pave a path towards a full American withdrawal.”

We can only hope that these Russian provocations will be met with the appropriate U.S. resolve.