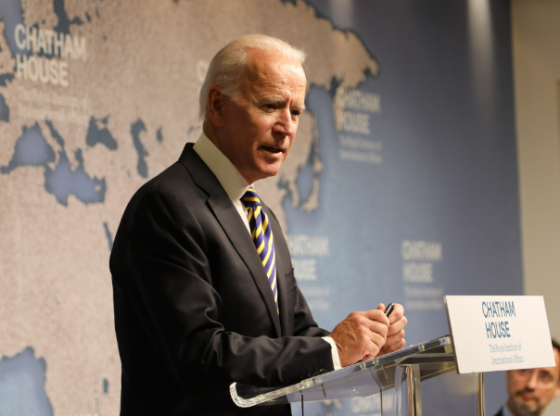 Joe Biden’s personal attorneys have confirmed that classified documents have been located and seized at Biden’s think tank, the Penn Biden Center for Diplomacy and Engagement in Washington, D.C. U.S. Attorney Merrick Garland has appointed a U.S. Attorney in Chicago to review these documents. The FBI is also involved in this investigation. The witch hunt is just beginning on Joe Biden. Unlike the witch hunt at Mar-a-Lago, there are no helicopters or flashing sirens as this article is being written not far from Biden’s think tank where these classified documents were found. They are being seized silently. Whereas the feds treated President Trump like a criminal, they are silently carrying out the seizure of the classified documents that Biden is responsible for.


The material was identified by personal attorneys for Mr. Biden on Nov. 2, just before the midterm elections, Richard Sauber, special counsel to the president confirmed. The documents were discovered when Mr. Biden’s personal attorneys “were packing files housed in a locked closet to prepare to vacate office space at the Penn Biden Center in Washington, D.C.,” Sauber said in a statement to CBS News. The documents were contained in a folder that was in a box with other unclassified papers, the sources said. The sources revealed neither what the documents contain nor their level of classification. A source familiar told CBS News the documents did not contain nuclear secrets.

Sauber also said that on the same day the material was discovered, Nov. 2, the White House counsel’s office notified the National Archives, which took possession of the materials the following morning.

AG Merrick Garland, a Biden appointee, has assigned the investigation of these classified documents to a U.S. Attorney who was nominated by President Trump. Trump bites back at Biden in this round-about-way.

Speaker McCarthy weighed in. GOP House Speaker Kevin McCarthy called the recovery of classified documents from Mr. Biden’s time as vice president “very concerning.” He added, “He’s had these classified [documents], and what has he said about the other president with classified documents?” Asked if this instance is different because attorneys found them and “immediately” handed the material over, McCarthy replied, “Oh, really? They just now found them after all those years.”

Can you provide a link to this article to be shared to other media sites? Noteworthy information.

Let the games begin! Can a FBI and DOJ weaponized against one ex-president and his supporters be trusted to do an honest investigation and prosecution? He’ll no.

The old double standard and hypocrisy of government agencies and msm on full display. IMO