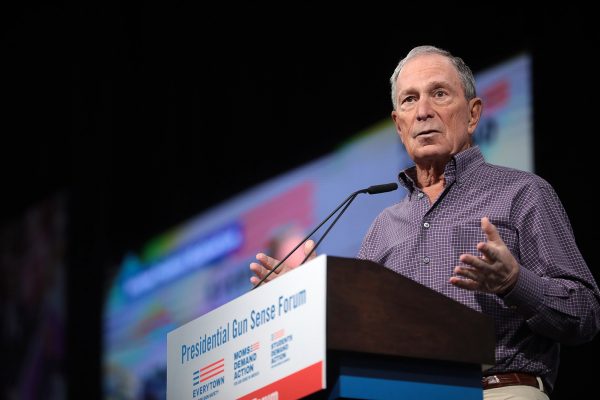 
Michael Bloomberg issued a stark warning for Democrats as the 2022 midterms approach, telling them that the recent San Francisco school board recall is a bellwether for the fall elections.

In an editorial for Bloomberg News, the former mayor of New York City, 2020 Democratic presidential candidate, and Democratic megadonor warned that the recall of three members of the San Francisco Board of Education pointed to a broader trend across the country. Without a major course correction, the Democrats would be headed for an electoral wipeout, Bloomberg argued.

“The political earthquake that just occurred in San Francisco should be a dire warning to the national Democratic Party, because the same fault line stretches across the country and the tremors are only increasing,” Bloomberg began. “Three months after Republicans scored major election upsets in Virginia and New Jersey, largely because of the frustration parents felt with Democratic officials who catered to teachers’ unions and culture warriors at the expense of children, voters in San Francisco recalled three school board members by margins of nearly three to one. Coming from America’s most liberal city, those results should translate into a 7 to 8 on the Richter scale, because the three main factors that drove the recall are not unique to the Bay Area.”

“First, the school board members failed to show any urgency in reopening schools even when it was clear that doing so was safe — and that remote classes were leaving students further and further behind.” Bloomberg wrote. “Nothing has widened social achievement gaps more than poorly conceived remote instruction. Parents know this, and Democratic elected officials need to show them that they know it, too.”

Bloomberg’s remarks come as liberal states and localities across the country have moved swiftly to abandon many covid restrictions.

Bloomberg is a know-nothing rich jackazz

Rather hard to believe Dems would have anything to worry about in the liberal cesspool known as San Fran!