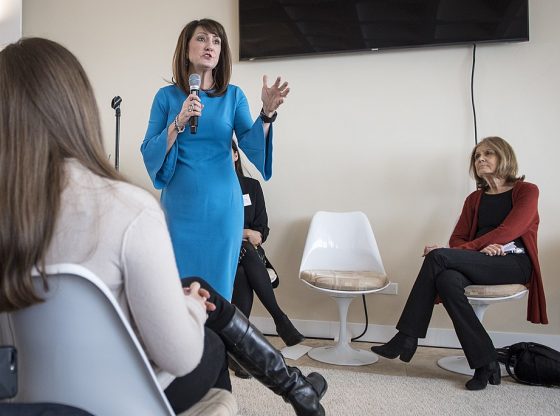 The effort to knock off U.S. Rep. Dan Lipinski – the last legitimately pro-life Democrat in the U.S. House of Representatives – was a multi-year project undertaken by some of the progressive movement’s most important and influential organizations. When it finally succeeded, it automatically conferred rising star status on the woman who beat him.

Now that woman – US. Rep. Marie Newman – is midway through her first term in Congress and finds that star tarnished by allegations she promised a job to a potential primary opponent in exchange for him agreeing not to enter the 2020 Illinois Democratic congressional primary.


According to CBS’s Chicago affiliate, WBBM-TV, Iymen Chehade, a Palestinian-American adjunct professor at Columbia College Chicago, is suing Newman saying she agreed to give him a well-paying job on her staff if he stayed out of the primary “so she could win more easily.”

Newman won the 2020 Democratic nomination for Illinois’ 3rd congressional district seat with 47.3 percent of the vote against three other candidates including Lipinski, in no small part by emphasizing her support for legalized abortion. There’s no way to tell if an additional candidate might have made a difference in either 2018 — when Lipinski eked out a win, 51-49 percent — or in 2020. Given that Newman’s eventual margin of victory over Lipinski was just about 3,000 votes, the possibility exists that the presence of one more office-seeker on the ballot might have produced a different outcome.

Newman, Chehade’s suit alleges, promised him a government job with a $135,000 to $140,000 salary and the twin titles of “foreign policy advisor” and “legislative or district director” if she won. This was memorialized in an employment contract entered into in December 2018 in which he agreed to help her as an “informal advisor” to draft her campaign stance on Israeli-Palestinian relations.

“Newman was conscious of the fact that there was a large Palestinian-American community in her district and that her chances of success in the Democratic primary would improve if she had significant support within that community,” the suit he filed against Newman charges. Through a spokesman, Newman denied what Chehade claims in his suit.

“Mr. Chehade was never and has never been a candidate in a congressional race for Illinois’ 3rd District. Mr. Chehade was not hired in part because he not only misrepresented his qualifications but was ill-suited for a senior role in a congressional office, as demonstrated by his interactions with Ms. Newman and her campaign volunteers,” the spokesman told Chicago’s Channel 2.

“In fact, in the summer of 2019, Mr. Chehade explicitly conveyed to Ms. Newman over the phone that he could not work with her. It was only after several months of no direct communication between the two that Mr. Chehade contacted Ms. Newman pleading to her to hire him in her official office,” the unidentified spokesman continued, claiming also that Chehade had “spent over a month making false statements to the press.”

The suit, of course, is not Newman’s only problem. What Chehade has alleged is bigger than just a dispute between him and the congresswoman over her failure to live up to an employment contract, says noted election law attorney Cleta Mitchell.

“It is a criminal offense under federal law to promise a job or appointment of any kind for the purpose of securing support for a candidacy. If the facts of the complaint have any merit whatsoever, the FBI should be investigating this matter. In addition, the Office of Congressional Ethics should open its own investigation, which it can do without any third party filing a complaint,” Mitchell says.  “OCE has the authority to open the investigation on its own and that is what they should do. This is the kind of law-breaking we’ve come to expect from leftists who preach about how idealistic they are when, in reality, they are just partisan thugs. “

Why is this news? ALL DEMOCRATS ARE CORRUPT DISHONEST POLITICIANS. The hardest thing a Democrat works at while in office is how to steal the most tax payer money. Look at clowns like Maxine Waters, Nancy Pelosi, Upchuck Schumer. All of them have become “millionaires” on salaries that should not result in them becoming millionaires. They are all corrupt as hell so Marie Newman is no different than any of them.

All people that’s under the biden/harris communist regime are liars, cheats, thieves, they DO NOT BELIEVE IN AMERICA, DO NOT PUT AMERICA FIRST!!! These people have ALREADY DESTROYED AMERICA and it’s going to take A LONG TIME TO FIX!! (if it starts now)!!!
This chipman atf caracter, he said, he’s going to go after people that lied on firearm applications, that’s REALLY GREAT NEWS, because h. biden lied on his. And that has come out month’s and ago!!! So, start from the top chipman, ARREST AND SEND TO PRISON h. biden! These LIARS must be HELD ACCOUNTABLE, START INVESTIGATING AND IF IT’S WARRANTED ARREST AND PUT THEM IN PRISON!!! THERE’S SO MUCH OUT THERE, THEY COULD JAIL AT LEAST ONE DOZEN OF bidens commie appointees. WE HAVE TO DO THIS, PLEASE!!!

7es put it does need to be discussed because maybe, just maybe, something will come of this.